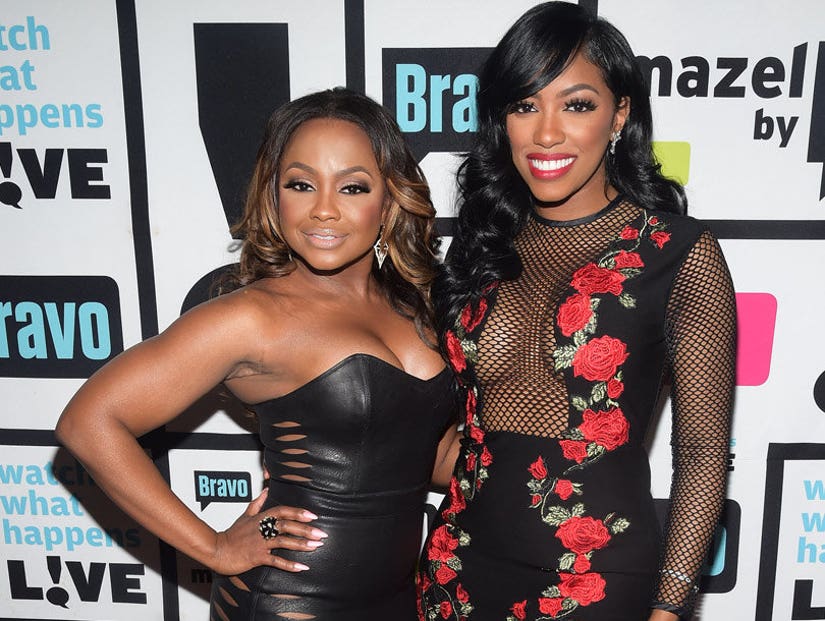 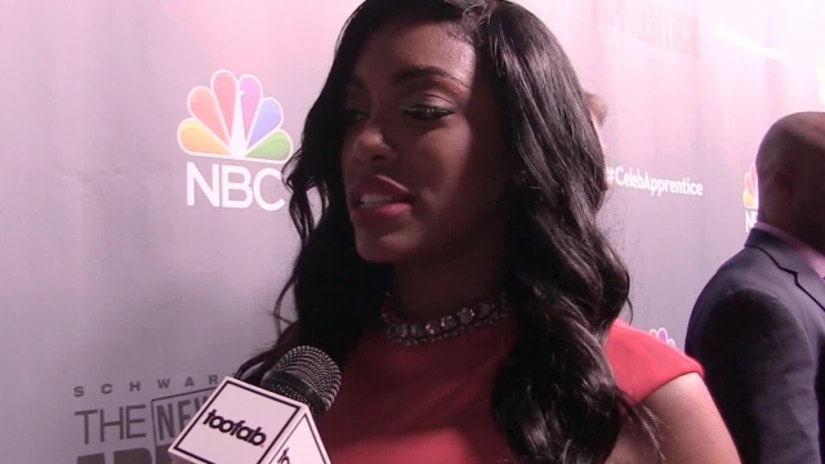 "Real Housewives of Atlanta" cast member Porsha Williams said costar Phaedra Parks is "blessed" after her divorce from Apollo Nida, and the newly single star has the make out session to prove it.

Williams caught up with TooFab at NBC's "Celebrity Apprentice" event on Friday in Los Angeles, where the reality star opened up about how her friend is coping after the split.

"She's blessed, sometimes divorce it can work good for people as far as them finding and having closure," Williams told TooFab. "I just love and support her and she's stronger than ever and you know, we both wish her ex the best, just move on with life."

And it sure looks like Phaedra is doing just that.

Phaedra, 43, celebrated her single status during the show when the subject turned to her dating life. After he asked if there was anyone in particular she had her eyes on, she nodded to the other guest, before the two shared a series of lip locks as a stunned Cohen watched.

Later in the show, a caller asked what kind of man she was looking for now and Moore, 46, took things a bit further. He leaned in, kissed her cheek and began erotically nuzzling her neck. "I'm looking no further, he's right here beside me," she then answered.

The two continued to be flirty all night, as Cohen also asked Phaedra what she thought about her incarcerated ex getting engaged while serving time behind bars.

"My best wishes," she added, sarcastically, while giving a thumbs up.