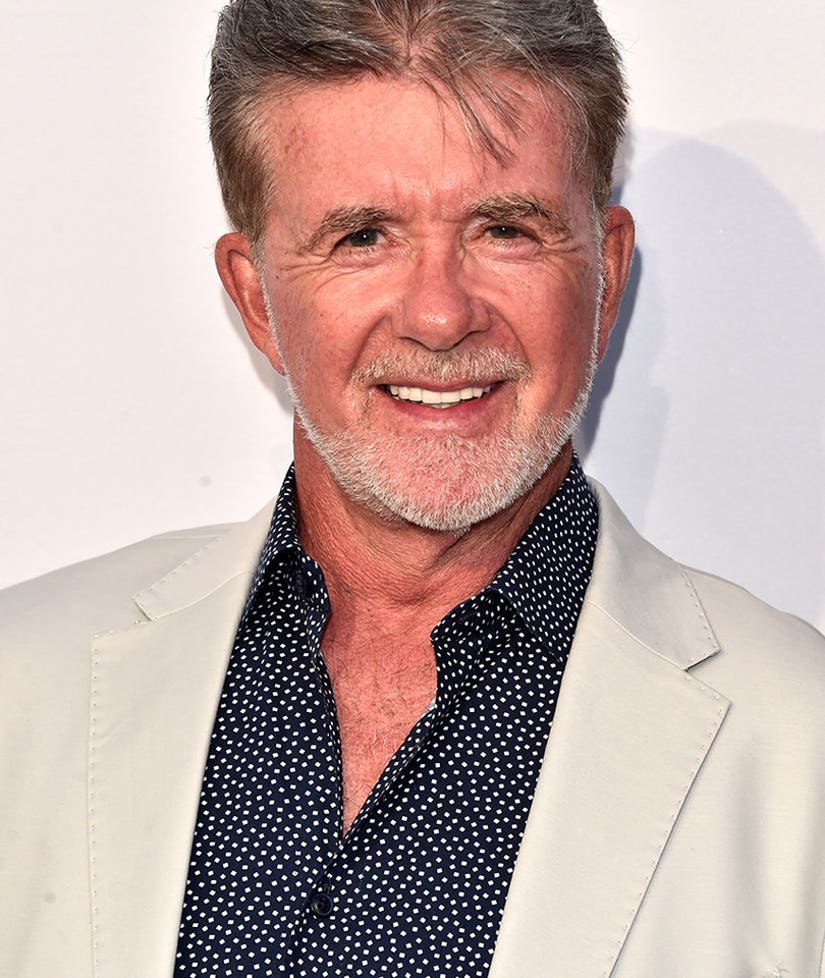 Alan Thicke, actor best known for his role as Dr. Jason Seaver on ABC sitcom "Growing Pains," has died at 69.

Thicke had a heart attack while playing hockey with his 19-year-old son, Carter, according to TMZ who was first to report the news.

Thicke starred on "Growing Pains" from 1985-1992, before appearances on "7th Heaven," "How I Met Your Mother," his own reality show "Unusually Thicke" and, most recently, the second season of "Fuller House."

The actor is survived by sons Carter, Brennan and Robin Thicke and wife Tanya Callau, whom he married in 2005.

Tributes from Alan's celebrity friends and fans began pouring in on Twitter after news of his death was confirmed. Paula Patton, ex-wife of Alan's son Robin, seemingly reacted to the news by sharing a quote from Mother Teresa within moments of the news.

Condolences to my dude @robinthicke & the entire Thicke family for their loss. #RIP to the late great #AlanThicke

So sad is the passing of Alan Thicke. Such a good husband, father, brother, and friend. He will be deeply missed. Rest in peace dear Alan.

So sorry to hear of the passing of Alan Thicke. A wonderful talent, a wonderful man. https://t.co/tb50aiVzlR

Had the pleasure of meeting Alan Thicke and his amazing wife Tanya a few years back.. my thoughts and prayers are with his family. RIP 😔

I am so sorry to hear about Alan Thicke's passing. My love and prayers to his family.

RIP to my brother Alan Thicke. The world has lost an icon. 🙏🏾 pic.twitter.com/zIK0hzjihK

America loved Alan Thicke. I'm so sad he's gone. Sending so much love to his family.

Rest in peace Alan Thicke - You brought so much light, love and humor to the world! Deeply grateful for your friendship and wisdom.

RT RealGilbertACP "RIP the indomitable Alan Thicke.
We of GGACP are saddened by this news. Our deepest condolences to the Thicke family."

Alan Thicke was always the nicest and happiest person in the room. Gone way too soon. Rest In Peace.

I'm sad beyond words that Alan Thicke has passed away. I've known you since I was 8 years old… https://t.co/GLXSTK1nd7

sad to learn of Alan Thicke's passing. he was a great friend over the years. thoughts & prayers to his family.

Can we get a do-over on 2016? Too many good people lost and way too many bad people getting lucky...

RIP Alan Thicke. I grew up watching him and got to know him through Robin. He was always so kind to me. So sad to hear about his passing.

RIP Alan Thicke. We skated side by side for years. Say hello to Gordie and The Rocket for me. Our Canadian Mounties sketch @jimmykimmel pic.twitter.com/YE5SiFRtsf

.@Alan_Thicke was always so gracious & kind to me. A very very cool guy. Rest In Peace my friend. God bless this great Canadian!

RIP Alan Thicke. Seems like everyone is checking out before the Trumpacolypse.

Goodbye Alan Thicke, a baller TV dad on Growing Pains who always was a pleasure to watch.

I just learned of my friend @Alan_Thicke passing. Our familys were together not that long ago...I owe you an email. Rest In Peace pal.

So saddened here @Alan_Thicke has passed. He was a consummate gentleman and all around great guy. RIP dear friend.

I'm so sad to hear about the passing of Alan Thicke. RIP Alan. 😢

So so sad to hear about the passing of #AlanThicke. Such a nice guy. My thoughts and prayers are with his loved ones. Rest in love. ❤️

RIP Alan Thicke who was a great talent and a genuine person. #everyonesdad

Saddened over the loss of my friend Alan. Condolences to his family.

The NHL family is sad to learn of the passing of longtime hockey fan Alan Thicke. Our thoughts are with his family and friends. pic.twitter.com/5ADyWRksuf

Condolences to the family of @Alan_Thicke. If ever there was a time celebs are thinking about our mortality, 2016 is it.