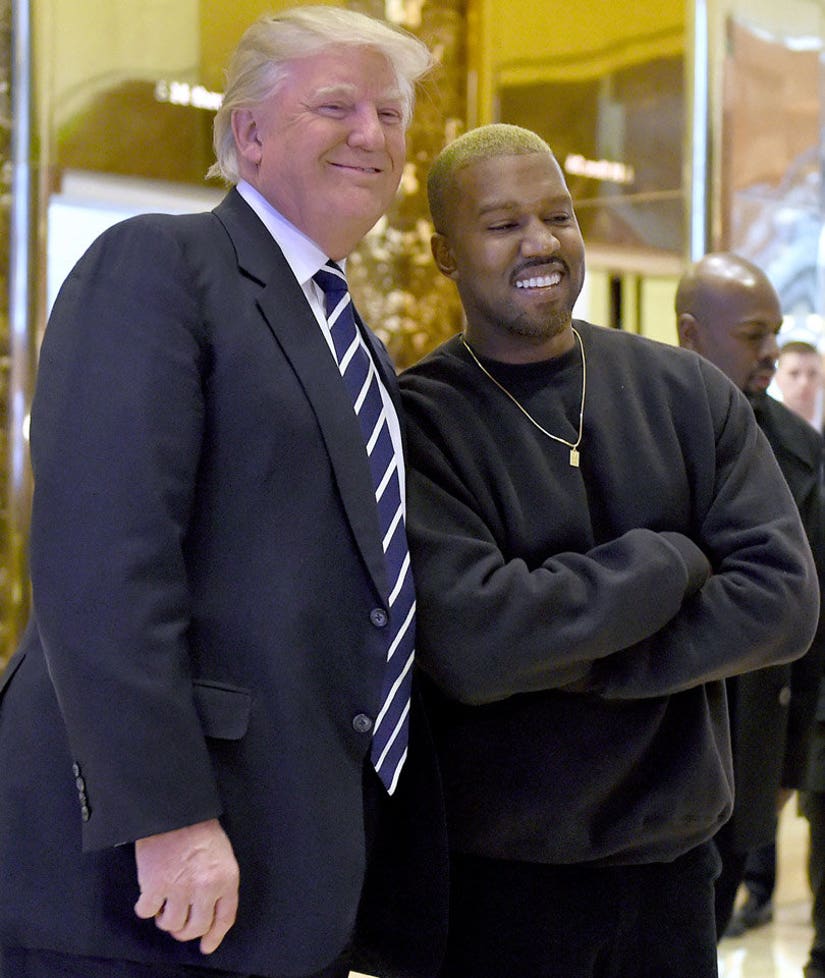 Kanye West was spotted entering Trump Tower on Tuesday just days after being released from the hospital after a breakdown.

The rapper and his entourage were seen entering the building in New York, where he'll have a 15-minute meeting with President-elect Donald Trump. Over what? We don't know.

The sighting comes amid TMZ reports that West is in NYC to create an East Coast medical team to "stabilize him" when he's not in L.A. He's reportedly interviewing psychiatrists while in the city, as well as shopping for Christmas presents and meeting with architects about his Hidden Hills estate.

As soon as West walked through the doors at Trump Tower, the Internet went crazy, setting Twitter ablaze with tweets about why he could be there.

Read some of the reactions below:

Trump might want Kanye in the cabinet, but getting him confirmed won't be Yeezy because he'd need to find 51 Ye votes.

BREAKING NEWS: Kanye West just entered Trump Tower.
This is not a drill, or a joke.

The #TrumpTransition is TV gold.

Kanye West has arrived at Trump tower for a meeting w/ @realDonaldTrump - so we can go ahead and shut down 2016 a few weeks early. Its over.

Kanye West visit to Trump's tower for what? Secretary of "Insanity".

Kanye now at Trump Tower is yet another joke walking through the lobby. #TrumpTransition

Kanye meeting with Trump on Taylor Swifts birthday. This is the illuminati speaking to us.

Kanye was just released from the psych ward and is now meeting with Trump. Makes sense.

In case you still didn't think Kanye West had lost his damn mind, he's now at Trump Tower to meet with that human dumpster fire. 🖕🏼

Kanye spotted entering Trump Tower. Wonder which cabinet position he's going to get. He and Trump'll tell you he's qualified for all. :)

Kanye: "Hey Trump. I didn't vote but said that I would've voted for you."

Trump: "Want a spot on my cabinet?"

Trump has no time for security briefings, no time for press conference 2 discuss biz dealings but by gawd he'll make time for Kanye! #asshat

Cosby going to jail, Kanye going to Trump Tower, 2016 keeps laying it on us

Kanye West is having a meeting with President-Elect Trump. And on the list of sentences I never thought I'd say, that one is at the top.

Kanye meeting with Donald Trump is the most normal thing that's gonna happen this week. Wish I was joking but no.

Trump chooses Kanye as his secretary of keeping it real.

(Kanye bursts into Trump's office, security ineffectually trailing)
HOW COULD YOU CHOOSE PIERS MORGAN OVER TRACE ADKINS FOR THE FIRST CELEB-

*opens twitter*
"Kanye West just arrived at Trump Tower for a meeting with the president-elect" pic.twitter.com/SfYq12Wyfy

Kanye West just walked into Trump Tower, and now I am wishing I had taken the blue pill.