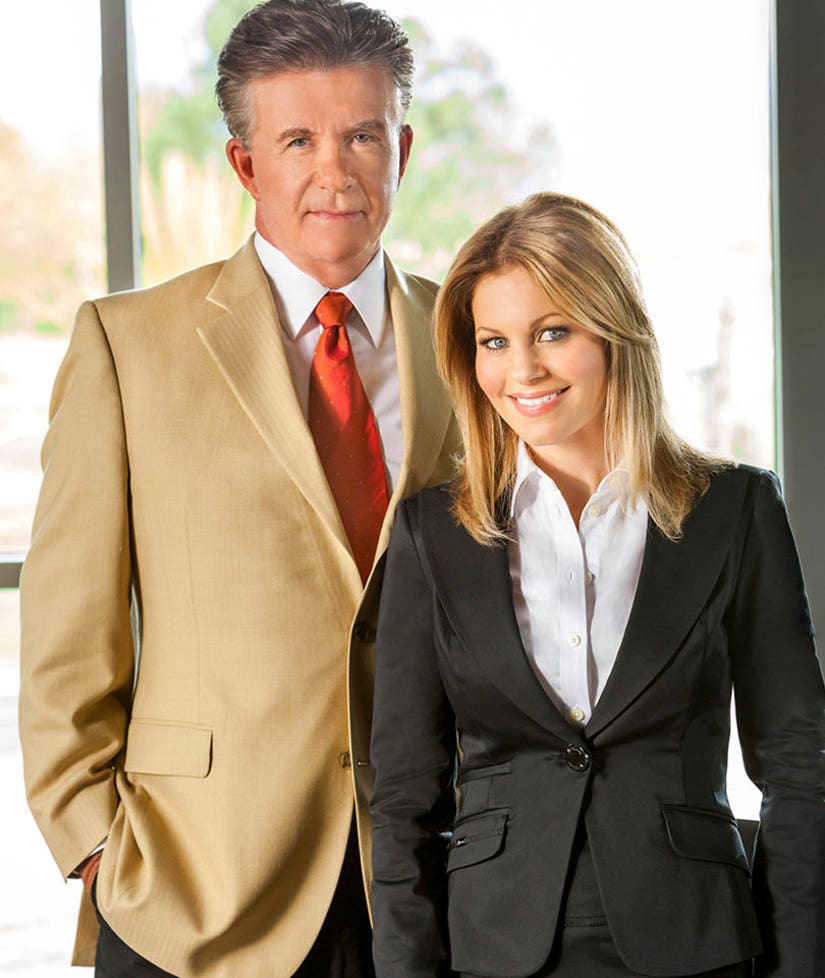 The Tanner family just shared their condolences for another sitcom icon, Alan Thicke.

The former "Growing Pains" star appeared in the new season of "Fuller House" in one of his final performances before his death on Tuesday. The actor's last tweet -- which appears to have been pre-scheduled -- was actually one promoting his appearance on the show.

Season 2 Fuller House looking good. I even like the ones I'm not in! #fullerhouse @fullhouseguy @bobsaget @candacecbure #netflix

After news of his death hit Hollywood later in the evening, the show's cast flooded social media in honor of the late star.

Candace Cameron Bure, who costarred with Thicke in Hallmark's "Let It Snow" and whose brother Kirk Cameron played Thicke's son on 'Growing Pains,' was among the first to share her condolences.

"I'm sad beyond words that Alan Thicke has passed away," she wrote. "I've known you since I was 8 years old and so glad I had the pleasure of working with you again so recently on Fuller House. You were a part of my family and hockey family. You will be greatly missed. My heart hurts."

"I'm so sad to hear about the passing of Alan Thicke. RIP Alan," wrote Lori Loughlin.

"So sad is the passing of Alan Thicke," added Bob Saget. "Such a good husband, father, brother, and friend. He will be deeply missed. Rest in peace dear Alan."

"I am so sad to hear this news. Such a kind, funny man, who will be missed," Jodie Sweetin tweeted earlier Wednesday morning.

"Damn. Loved this guy," John Stamos posted on Instagram. "Loved his self deprecating sense of humor. Charming, funny and sweet. Hell of a combo. We'll miss you."

"There are no words for how sad this is," added Andrea Babrer. "What an honor to have been able to work with him. Rest In Peace, Alan."

RIP Alan Thicke. We skated side by side for years. Say hello to Gordie and The Rocket for me. Our Canadian Mounties sketch @jimmykimmel pic.twitter.com/YE5SiFRtsf

Thicke passed away at the age of 69, after suffering a heart attack while playing hockey with his son Carter.