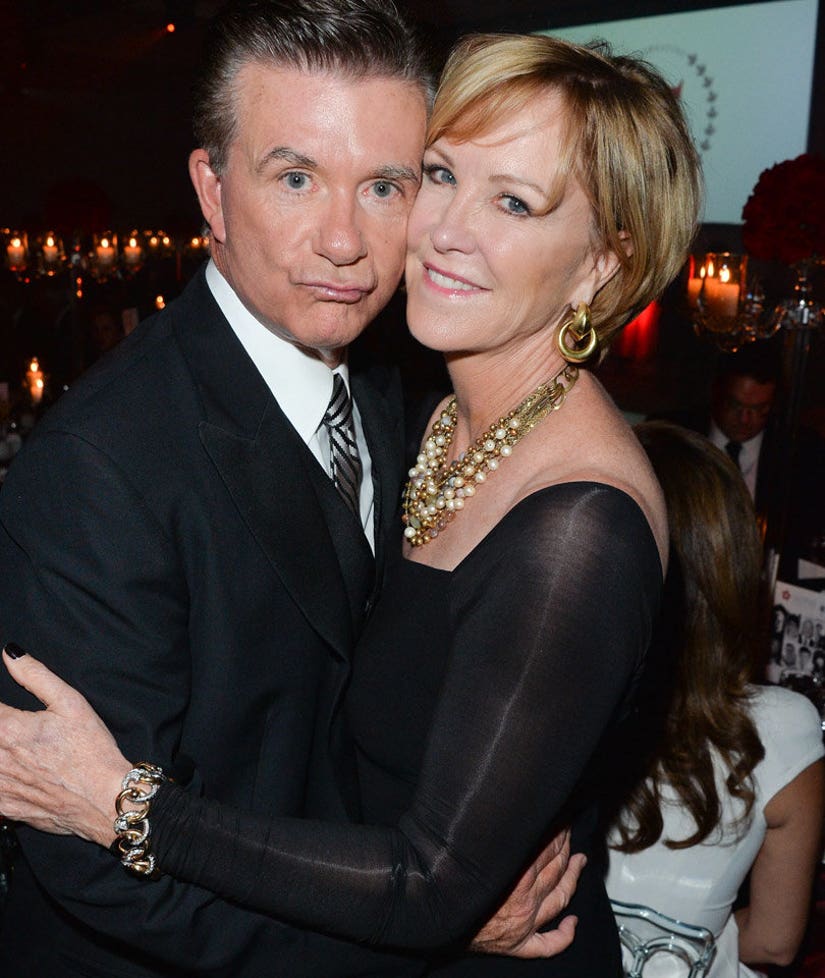 The actress, who played Maggie Seaver on the sitcom, starred alongside the late actor from 1985-1992.

I loved Al. I called him Al because it really bugged him. He thought it sounded like an old man's name. He hated it, but the cast loved it and unfortunately for him, it stuck.

Alan loved everything youthful: women, sports, music and above all, his beautiful and talented sons, Brennan, Robin and Carter. Alan was a true and loyal friend. As Maggie and Jason Seaver, we experienced more than a life-changing success together. When you pretend to love someone day after day, year after year, you see all their faults and foibles and learn to accept them as they are, separate from you, and there is a connection that happens that is hard to explain. I had that with Alan. Maybe that's what marriage should be, the ability to love without judgment and the strength to remain separate.

I am devastated by Alan's passing and will be for some time. I used to joke, before I met my real husband, Marc, that Alan was my favorite daytime husband. At work we laughed all day, everyday at things Alan would come up with, usually at my expense. It was fun. Alan was fun and we all loved teasing each other. Alan kept me calm and when I'd start to get upset about something silly, he would set things straight, give me a big hug and very gently say, 'Maggie … don't be an asshole.'

There was a sweetness and kindness to his humor. No one could make fun of Alan better than Alan. As an actor, that is a gift, and I truly believe he was underrated.

So here's to my dear friend Al, may you rest in peace and may your angels be youthful, tall, buxom and witty. May they also be as gorgeous as all of your wives and as generous and clever as you.

Kerns is one of many who spoke out about Thicke's death after he passed away at the age of 69 on Tuesday. Fellow "Growing Pains" alums Leonardo DiCaprio and Kirk Cameron also shared their personal tributes on social media.

See their messages below, starting with Leo's statement:

"I spent Monday through Friday for seven important years with Alan Thicke as my 'TV dad,'" Cameron captioned a photo of the two from the show. "I'm shocked and truly heartbroken today at the news of his death. Alan was a generous, kind and loving man. I am so blessed to have grown up with him. Chelsea and I send our love and prayers to his family tonight. We will cherish the memories... 'sharing the laughter and love.'"