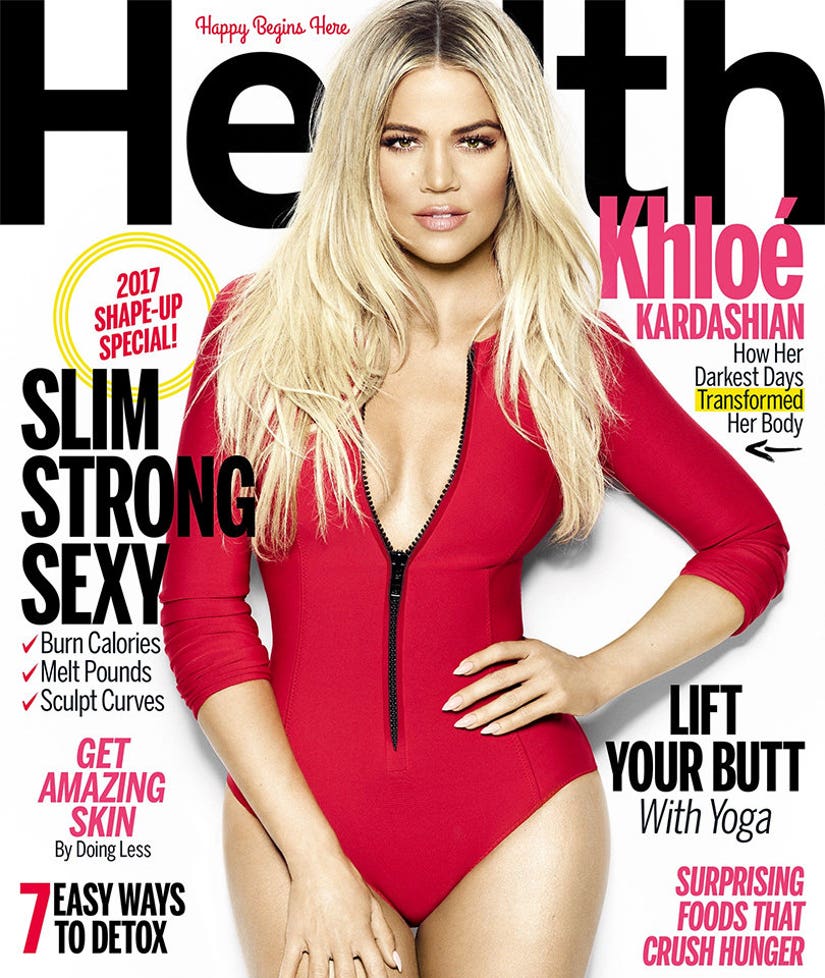 Khloe Kardashian is in control of her body and her family's medical decisions.

The "Keeping Up with the Kardashians" star not only showed off her impressive physique in the new issue of Health magazine, she also opened up about how Lamar Odom's hospitalization last year affected her and the Kardashian clan in ways they never expected.

Read TooFab's 6 noteworthy takeaways from the interview, as she candidly talked about her ex, her new boyfriend Tristan Thompson and having a body like a "Honda" compared to sister Kim Kardashian's "Ferrari."

On how Lamar's hospitalization affected how the family sees her:

It's so interesting. This is kind of dark, but after that, my whole family changed all of their wills so that I would be their medical adviser, because you don't know how someone reacts until you're put in that situation—God forbid. No one should be put in those situations, but with that, I found strength from within. I was super calm, and I was more like, "It's greater than you," and you just get strength. I pray a lot. And I talk to my dad a lot.

On how her relationship with Lamar affected her body and confidence:

I feel like I was at my biggest when I was with Lamar, but he loved me so much, and I was so in love that I wasn't worried about it. So maybe that's where my confidence came from. I'm also lucky that I have such a great family. I'll send pictures of myself in some tight bodycon dress from back in the day on a group chat to my sisters and my mom, and I'll go, "Why would you guys let me wear this? It's not appropriate. I needed a bigger size!" They're like, "I swear—that's Photoshop. You didn't look that way." Because they didn't see me that way.

On dealing with haters:

Some people were like, "It took you so long to lose weight." And I'm like, "I've been fat or out of shape my whole life. It's gonna take time to reprogram my body." But some people were like, "I liked you better when you were fat." I get body-shamed now that I work out! But I don't care what weight I am. It's genuinely about me being healthy. I was never like, "I want to lose 30 pounds in 30 days." Trust me: I've done juice cleanses. I did the Master Cleanse. Like, what would Beyoncé do? But it didn't work for my body and my lifestyle.

On how her body compares to sister Kim's:

I don't process carbs well after 3 p.m. Kim can eat anything, and I'm like, "I hate you." The nutritionist was like, "Kim has a body like a Ferrari, and you have a body like a Honda." I was like, "Yep, that sounds about right. That's my life -- you just summed it up right there."

On her shrinking chest:

I don't even have big boobs! Losing weight, I've lost my little chichis. But that's OK. North is so funny. She's like, "Why don't you have chichis like my mom?" I'm like, "I don't know!" I hate running, but I'll run the trails in my neighborhood and wear a sauna suit that looks like a garbage bag. You take it off and it's like a pool of sweat. It's all water weight, but it's a good trick if you want to de-bloat. I up my water intake when I do it.

I'm five-ten, and he's six-nine. I love athletes. Someone who has the same interests as me, who likes to work out, like that's their hobby or their job, that's fine. Tristan is who I'm into. He's a little cutie.