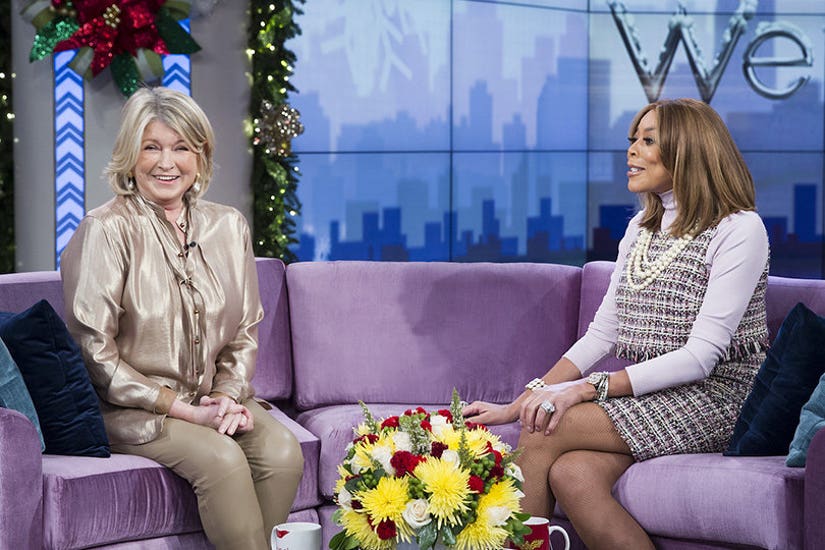 Martha Stewart is an all out cougar.

The 75-year-old businesswoman dished about her love life and attraction to younger men on Thursday's episode of Wendy Williams show.

When asked about her current romantic life, Martha simply replied, "I'm dating a little here and there," before confirming her ideal age range in a significant other. "Not older. Definitely not older... about 10 years younger."

So that age range would but Stewart's ideal mate in his 60s, but it turns out one of her recent beaus was significantly younger.

"I went on a trip to Egypt and I took this guy with me and I thought, he'll be fun. And he was so much fun," Stewart told Wendy. "I had all my nieces and nephews with me and during the trip I found out he was younger than my daughter. I had no idea!"

Steward confessed the relationship was more than just a fling and that the guy in questions was a "boyfriend," but she was clueless about his real age at the time.

"He looked older, he had a little gray in his hair," she continued, "But he was 34 years old or something!"

The so-called "Queen of Cuisine" also dished about another surprising man in her life: Snoop Dogg. The two co-host "Martha & Snoop's Potluck Dinner Party" together on VH1.

"I call this a merging of cultures. And Snoop likes that," she said of the collaboration. "And that's what we're doing … we're merging different cultures and wonderful recipes."