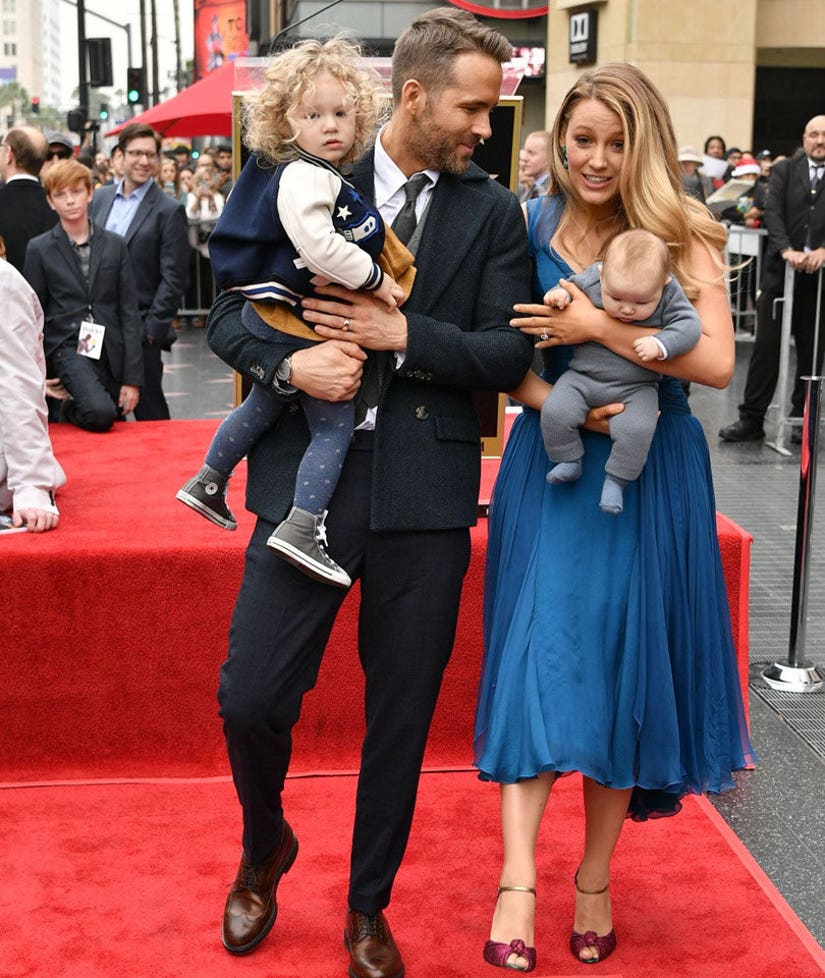 The Reynolds family is ready for their closeup.

Ryan Reynolds and Blake Lively just made their first public appearance ever with their two adorable children, who were on hand today in Los Angeles when the "Deadpool" star got his star on the Hollywood Walk of Fame.

Daughter James -- who turns 2 tomorrow -- and the couple's newborn baby girl -- whose name we still don't know -- flanked their famous parents as they posed with Ryan's star.

James seemed thrilled with the microphone and, at one point, ran off with it while the couple took photos with the newborn. James then hammed it up for the cameras, before throwing a mini fit when Blake tried to get her to sit still.

"I want to thank my wife, Blake, who is sitting right there who is everything to me. You are the best thing that has ever happened to me," Reynolds said during his speech at the event. "Second only to this star. You make everything better. You make absolutely everything in my life better. You've given me two of the most incredible children I've ever hoped to have. You've made me the father of my dreams when I thought I only had fun uncle potential. Thank you, I love you."

"You have four boys that each and everyone one of them would give their last drop of blood for you, and I think that speaks less to the character of your boys and more to the character within you," he also said to his mother. "You have a son who has worked in show business for two decades and I've never been to jail or rehab and I think we both know why that is: I'm very good at hiding things."

"The last thing I'll say before I get off this stage, and it's a tricky one, is about my dad," Reynolds continued. "He's no longer with us. He never made things easy on anyone, especially himself, but he would have gotten a real kick out of this. This is also for him."

Watch the full ceremony below: