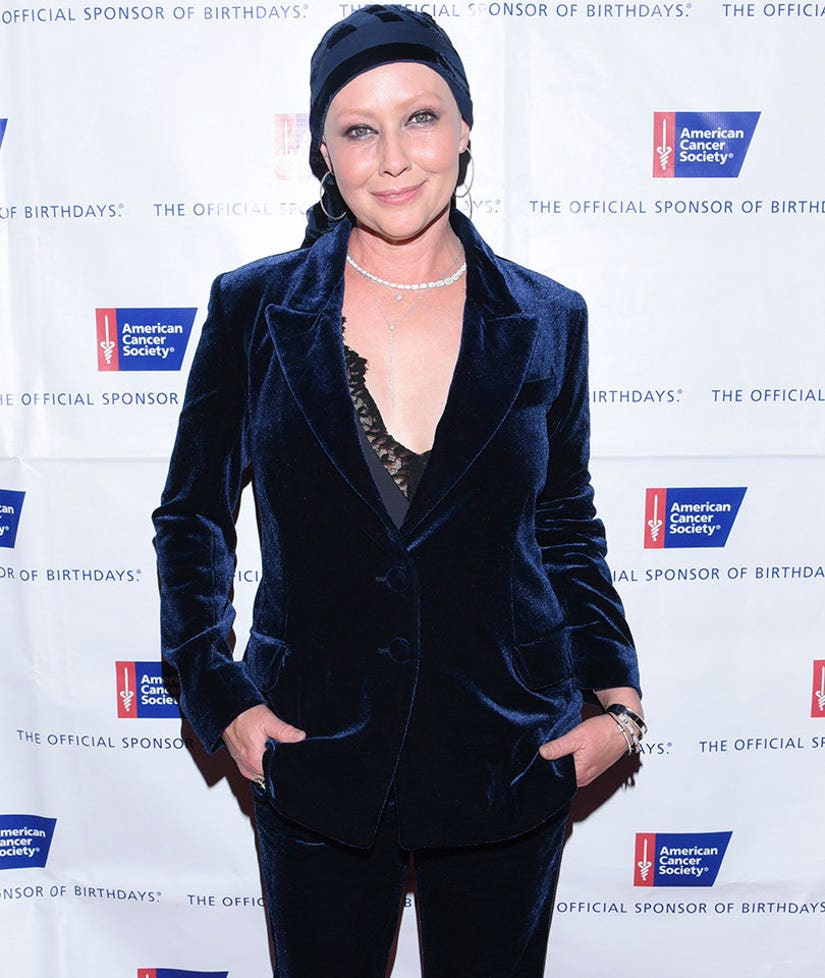 Shannen Doherty was shunned over her cancer and now the "Beverly Hills 90210" actress is setting the record straight.

In a Thursday night Instagram post, Doherty wrote: "Driving home from radiation with my love @kurtiswarienko today, we were in an elevator and I was asked how I was feeling. I responded by saying that I had just gotten a radiation treatment so therefore very tired."

She continued, "The random girl on the elevator with us physically lunged away as far as she could. She then proceeded to look horrified for the next 3 floors. Just a heads up. 1. You can't catch it 2. The radiation won't leak out of me and go into you. Hope that helps. #cancertruths from the #cancerslayer."

"It remakes you so many different times. The person I thought I was supposed to be or was going to be or who I thought I was six months ago is now somebody completely different. I realize 'Wow, I really thought that I was so brave and so gracious this entire time and really I was just hiding.' "

See the gallery (above) for more celebrities who've battled cancer.