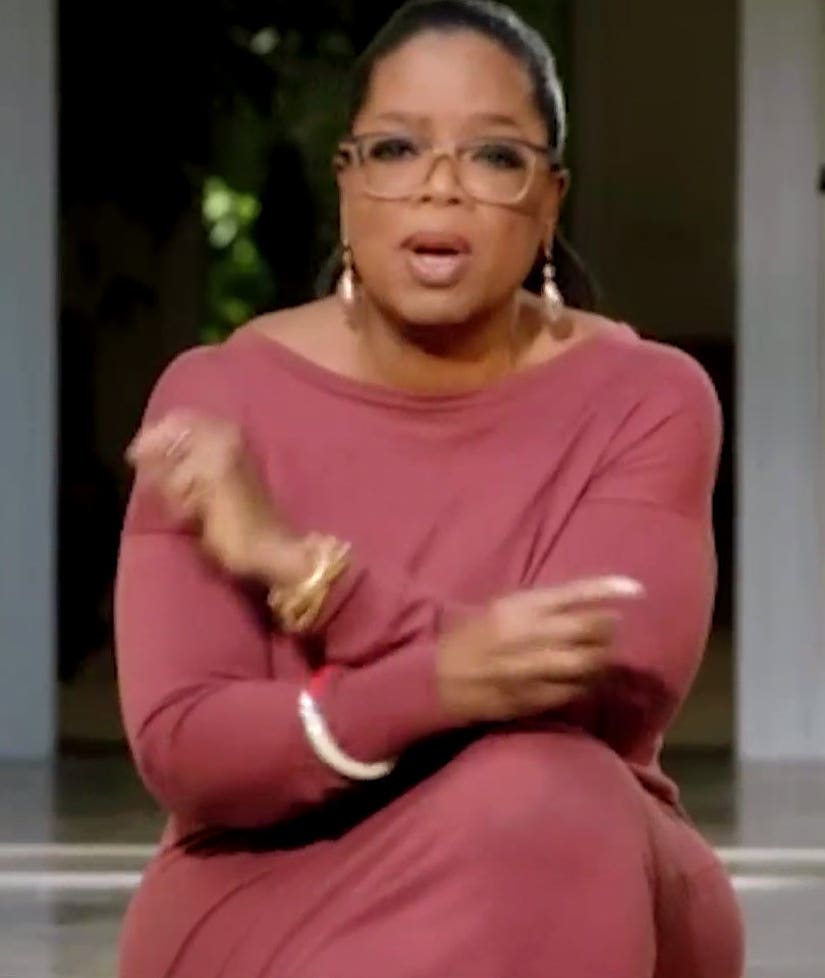 Tacos, pasta and bread! Oprah Winfrey might possibly have the best diet ever.

Winfrey, spokesperson and shareholder at Weight Watchers, released a new weight loss video that has the internet buzzing.

"I've eaten everything I love. Tacos, pasta ... I've never felt deprived," she says in the clip, also while drinking some wine.

See more after the clip (below).

In a second video from the campaign, Oprah says she's gotten a lot more energy since slimming down.

"Like everybody, I want to live a life that's full," she reveals. "Full of the happiness found in living the life I want. Full of the energy that comes with good health. Full of the great foods I love, and at Weight Watchers I don't have to choose between weight loss and living well."

Previously, Winfrey released a Weight Watchers video in which she exclaimed how much she LOOOVED bread, spawning countless parodies and memes.

Though OWN Network mogul and TV personality has struggled with her weight over the years, it looks like Lady O has finally found the perfect balance for herself.

Watch Oprah's previous videos and some parodies below: