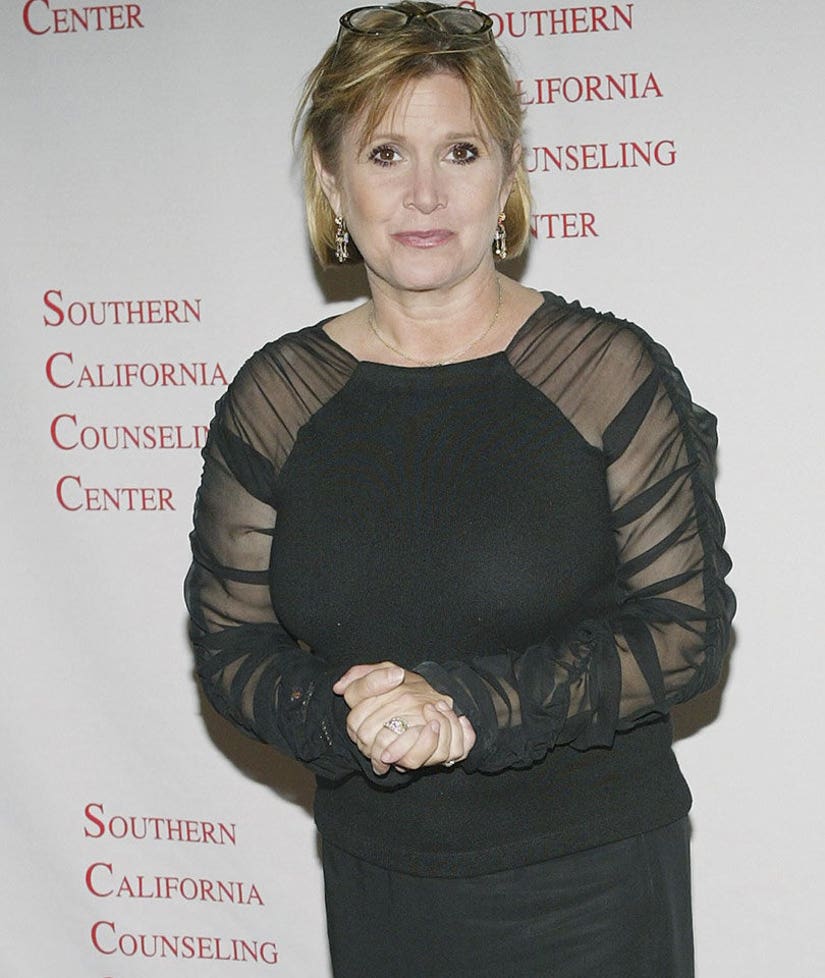 Carrie Fisher, actress most known for her iconic role as Princess Leia in the "Star Wars" franchise, died Tuesday in Los Angeles days after suffering a massive heart attack. She was 60.

A spokesperson confirmed the news Tuesday in a statement: "It is with a very deep sadness that Billie Lourd confirms that her beloved mother Carrie Fisher passed away at 8:55 this morning. She was loved by the world and she will be missed profoundly."

Fisher went into cardiac arrest during a flight traveling from London to LAX, according to TMZ who was first to report the news. The actress was administered CPR until the planed landed. Paramedics then rushed Fisher to a nearby hospital just after noon in Los Angeles.

Fisher, who had been on a book tour promoting her memoir "The Princess Diarist," was in London filming the last season of the U.K. comedy "Catastrophe."

Born into a showbiz family, Fisher is the daughter of actress Debbie Reynolds and singer Eddie Fisher. Half sisters Joely Fisher and Tricia Leigh Fisher are actresses also and brother Todd Fisher is a Hollywood producer.

Fisher is also known for her semi-autobiographical novel "Postcards from the Edge," which was made into a movie starring Meryl Streep, Shirley MacLaine and Dennis Quaid.

She had a widely reported battle with substance abuse throughout her life, and Fisher was hospitalized in 2013 for complications from bipolar disorder.

Hollywood Floods the Internet With Reactions to Carrie Fisher's Death