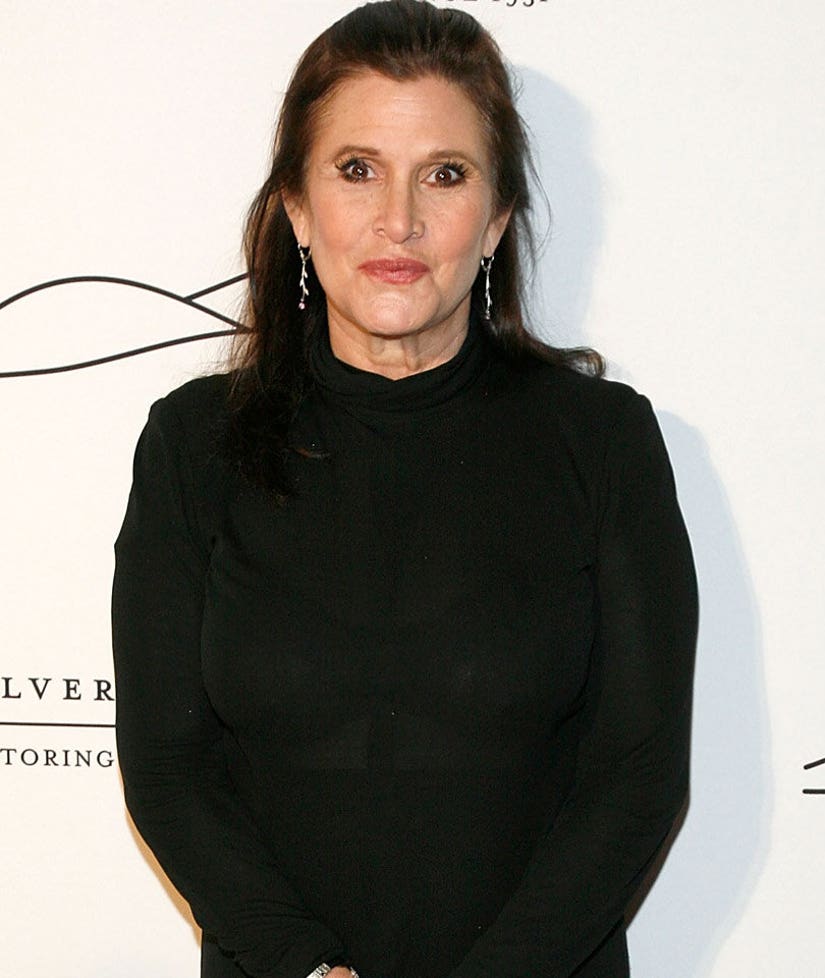 Fisher was traveling on a flight from London to LAX when she went into cardiac arrest and was subsequently administered CPR. TMZ sources said paramedics rushed Fisher to a nearby hospital when the plane landed just after noon in Los Angeles.

Comedian Brad Gage and YouTube star Anna Akana were aboard the flight when Fisher went into cardiac arrest -- both tweeted about the incident (see below).

Fisher,famed for playing Princess Leia in the "Star Wars" franchise, has been on a book tour promoting her memoir “The Princess Diarist."

I'm in complete shock. @AnnaAkana and I sat in front of Carrie Fisher on our flight from London and she was just taken off the plane by EMTs

Don't know how else to process this but Carrie Fisher stopped breathing on the flight home. Hope she's gonna be OK 😞

I ask everyone to stop for a moment and send special thoughts to @carrieffisher.

Thoughts and prayers for our friend and everyone's favorite princess right now.. @carrieffisher

No more, 2016! You got Prince, now don't be thinking you get Carrie Fisher, too. #ThoughtsAndPrayers #HangInThereCarrie

I don't pray much anymore but I am praying for you right now, @carrieffisher. Please pull through... https://t.co/Wq6wrlmrnE

as if 2016 couldn't get any worse... sending all our love to @carrieffisher

So much love being sent to you @carrieffisher

as if 2016 couldn't get any worse... sending all our love to @carrieffisher

#CarrieFisher's had a heart attack; hope and pray she recovers soon. Quick witted, hilarious on paper and in person, and just plain beloved.

May the force be with you @carrieffisher 💖

If anyone is proof of being an incredibly strong woman, it's @carrieffisher! All good thoughts and prayers! #maytheforcebewithyou