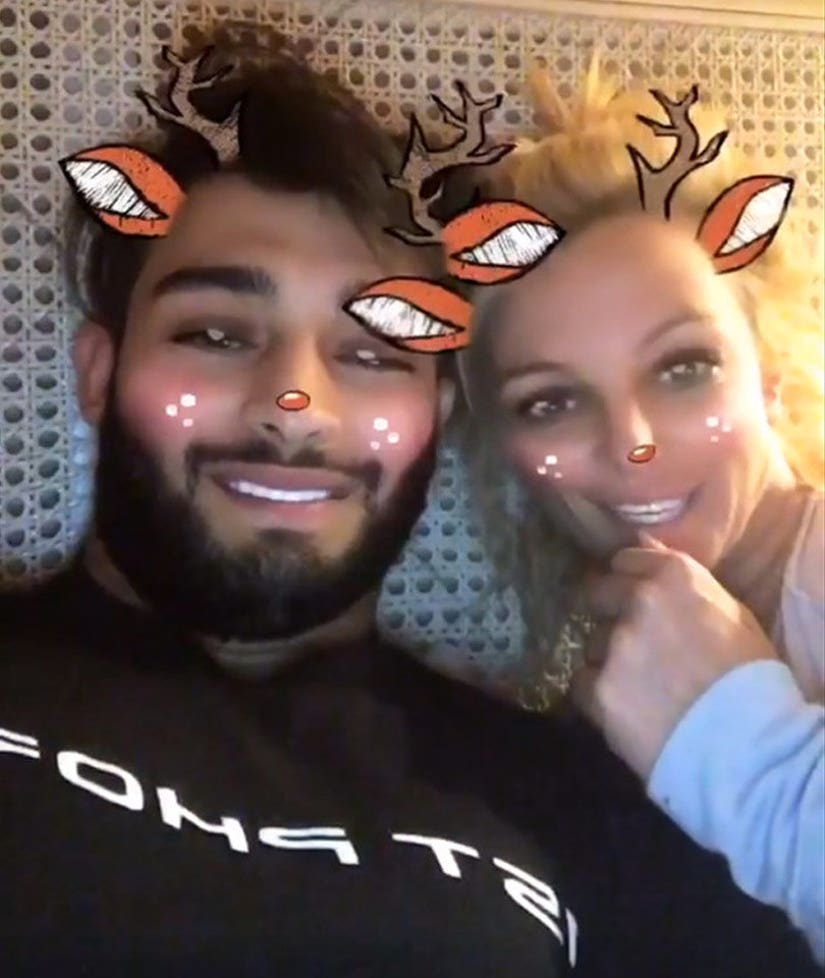 Looks like Britney Spears and Sam Asghari are getting serious.

In the Christmas candid, Asghari and Britney are cuddled up next to one another while sporting Snapchat's new reindeer filter.

Though neither Britt nor Sam have confirmed their romance,the two are supposedly taking things slow.

"They went on a few dates," an insider told E!. "It's not as big as people think it is, but you never know. Who knows what will happen in the New Year?"

The "Toxic" singer opened up about her dating life in October, where she said she's not a fan of dating games and is happy being single.

"A lot of men are about games," she said during an appearance on 'The Jonathan Ross Show.' "It's just the mind game with guys, the calling back and texting, it's just too much, it's silly."