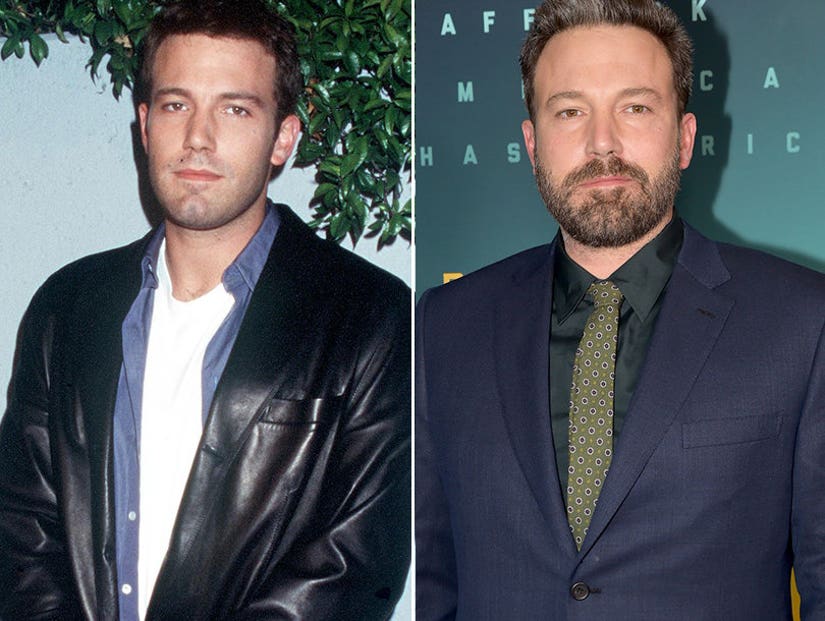 Ben Affleck shot to fame in the '90s after "Good Will Hunting," and that instant success changed everything for him.

The actor just opened up about his troubled past in a new interview with The Guardian, revealing just how his life's plan went out the window when he hit it big.

I'd always had a strong idea about my values and the direction I wanted to be headed in, then I ran into getting famous and it totally spun me around and I flailed around for a few years," he explained. "When you're a young man in your 20s, part of that is making mistakes and learning from them. I just made those in front of everybody, rather than privately."

"There's stuff I look back on and kind of cringe at but I always tried to treat other people well," Affleck continued. "My parents imbued that in me and the mistakes I made were mostly just of the embarrassing kind."

For the 44-year-old actor, things finally settled down when he married now-estranged wife Jennifer Garner. The two tied the knot in 2005 and later welcomed three children together.

"I think becoming a father makes you see the world differently and it's good," added Ben.

But the drawbacks of fame still hit him now, especially when it comes to his family.

"I've been lucky. I've had my wildest dreams come true, but the price is the Faustian exchange you make where your identity is not your own," said Ben. "You become a public figure and it changes all the rules."

"The press can become invasive and dishonest, and you have to put up with inconvenient stuff like that," he continued. "I'm at peace with paying my own price, what I'm not at peace with is when it invades on my kids' space and time. They didn't make any bargains. I try to shelter them as best I can. That's my only real gripe."