The "Late, Late Show" host's first new episode since Christmas week aired Tuesday and he took a moment to pay tribute Michael, who he credited for influencing both his life and late night series.

"I feel like I've loved George Michael as long as I've loved music, in a way, and I know so many of his fans feel the same," Corden said.

"I can remember so many specific times in my life where I might have felt on my own, and George's music would feel like, you would listen to a song and he would reach his hand out and tell you that you weren't on your own and that these feelings were not particular to you," he said.

Corden first met the "Faith" singer in 2011, when he was pitching a skit for a charity event, Comic Relief, to the pop star. Of course, the skit later became a reoccurring segment on Corden's "Late, Late Show," known as the uber-popular Carpool Karaoke.

"We had come up with this idea to have me and George Michael singing in a car," Corden recalled. "It was the first time I'd ever sung in a car with anybody, and it's become quite a big part of my life now, and he really inspired it." 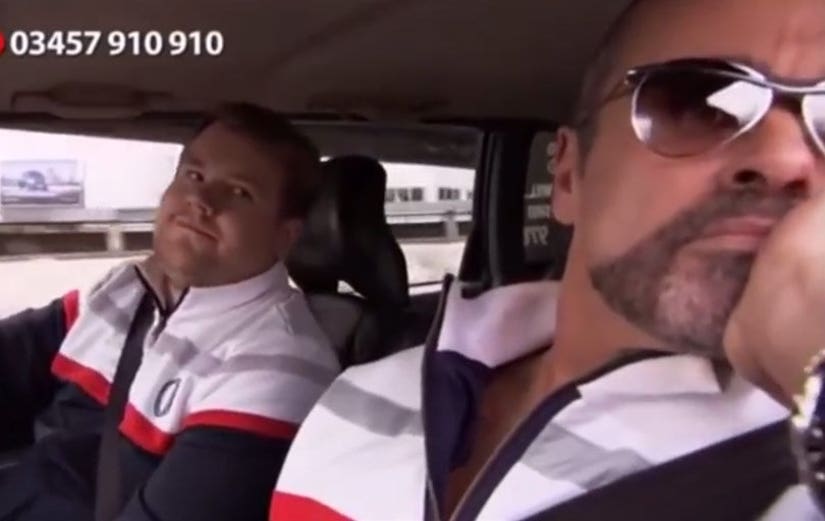 After Michael's appearance, the British comedian decided to make Carpool Karaoke a segment ... but he had a tough time finding artists to initially appear on his show. Yet, when he talked to Mariah Carey -- who was friends with George -- she agreed to do the segment because of Michael.

"We sent it to Mariah Carey, and she was the first person to say yes. Her words were, 'If it's good enough for George, then it's good enough for me. I'll do it.' So we all have so much to thank him for, for the music that he's given that will last forever, but we personally, here at this show, we owe him so much," Corden concluded.