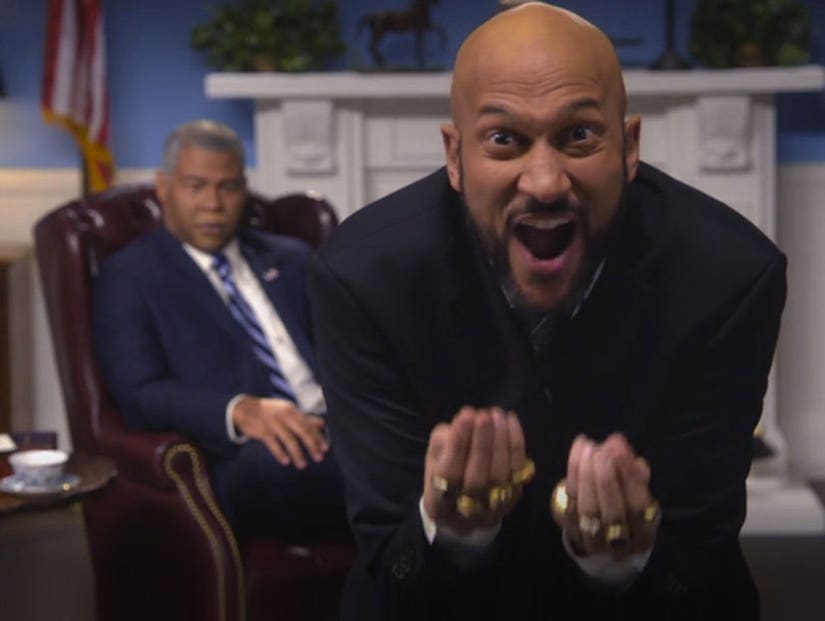 Peele played Obama and Key took on role of Obama's anger translator Luther during Thursday's episode of "The Daily Show With Trevor Noah," and as the "President" spoke, Key flipped out and said: "Apparently, orange is the new black. Good luck with your healthcare, a--holes. I'm out."

As the Peele's Obama continued his outgoing speech, he said: "Since we last spoke, the country has voted for a new president." Key made a solid attempt to keep it together, but after eye-twitching and hand-wringing, he exploded and began flailing around the set as he shouted "Trump?! Come on come on come on really? You're talking Donald Trump!"

"How did this happen, man?" Key asked as he kicked a stuffed Donald Trump figure off set. "Don't you understand?" he said. "This is how 'The Hunger Games' starts." Key continued throwing his tantrum, yelling "Vladimir Putin, y'all!"

Key said: "He doesn't even want the job, y'all. I saw it in his eyes. The dude was shook. The only reason he ran is because his factory in China made too many red hats!"

The skit closed with Key saying: "I got my eye on you, pussy-grabber."

Watch the hilarious video (below) and see more political celebrities in the gallery (above).