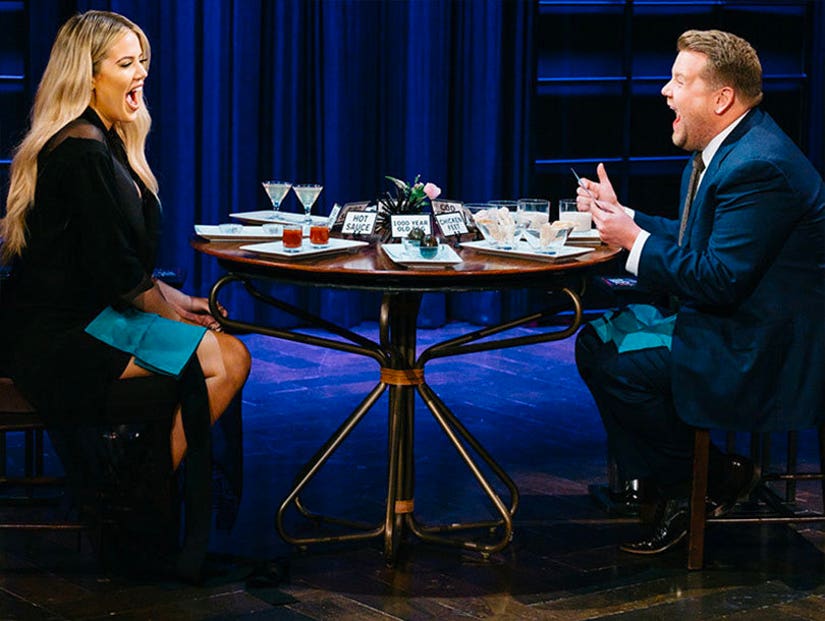 Khloe Kardashian dropped some major truth bombs on "The Late Late Show With James Corden," during a gross-out game of "Spill Your Guts or Fill Your Guts."

The rules were simple: Corden asked a series of personal questions and if she didn't want to answer one, she had to eat something nasty.

First, the cheeky British host asked which E! reality show was Khloe's least favorite, choosing between "Rob & Chyna," "I Am Cait" and "Sex With Brody." "I didn't even know 'Sex With Brody' was a show," she brutally revealed. "So I guess I'll say Sex With Brody. I mean, and 'Rob & Chyna.'"

Later, Corden broke out the big guns and asked Khloe -- whose father defended OJ Simpson -- whether she though the former football great was guilty. But instead of answering the question, Khloe opted to eat some fish eyes. After several attempts at choking down the organs, Kardashian was eventually able to swallow them.

"I think there's blood on that one," she gagged. "Oh my God, it f--king jiggles. I think I might throw up though."

Watch the hilarious video (below).