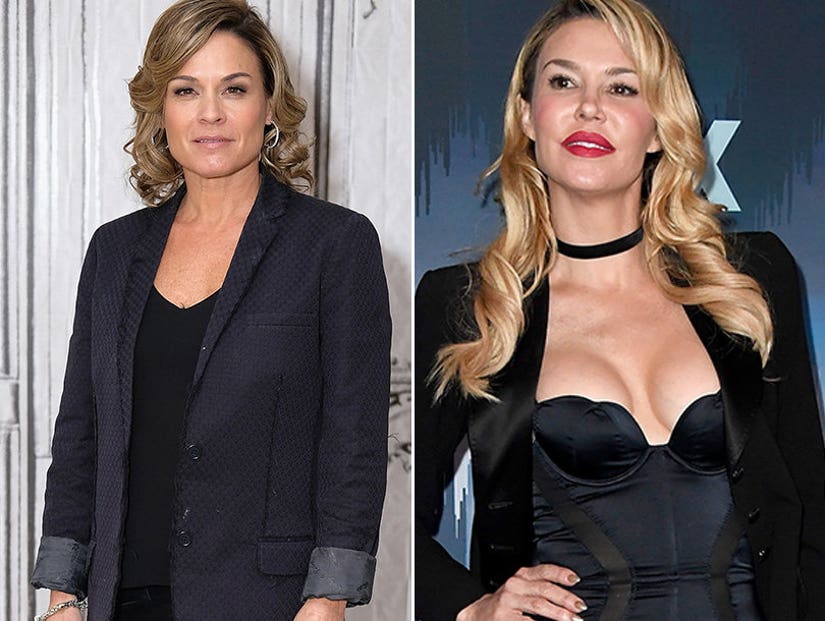 Brandi Glanville had a recent dip in the lady pond with her "My Kitchen Rules" co-star Cat Cora.

The former "Real Housewives of Beverly Hills" star confirmed reports of a same-sex hookup with the "Iron Chef" cook on Tuesday's "Watch What Happens Live."

"We had a fling once, then we stopped," Glanville revealed after Andy Cohen asked about the reports. "She's hot, she's talented, why not?"

When the "WWHL" host asked if she was "ostensibly straight," Glanville proudly replied, "I'm not, I've never been."

Cohen then asked if she could see herself ever "settling down" with a woman.

"I did actually think that, because [Cat] is so cool and talented and wonderful," said Brandi, "and then I saw a hot guy walk by and went, 'Oh, wait.'"

After their short-lived fling, Glanville started dating Donald 'DJ' Friese in September. "He's the best thing ever," she said of her man last night.

Brandi was also asked if she thought "Vanderpump Rules" star Scheana Shay was being a hypocrite for criticizing Lala Kent about allegedly dating a married man, since Shay hooked up with Eddie Cibrian while he was married to Glanville.

Glanville's surprising answer: "Scheana's the only girl I like this season on 'Vanderpump Rules.' She seems like she's the only one that has the voice of reason, she's normal."