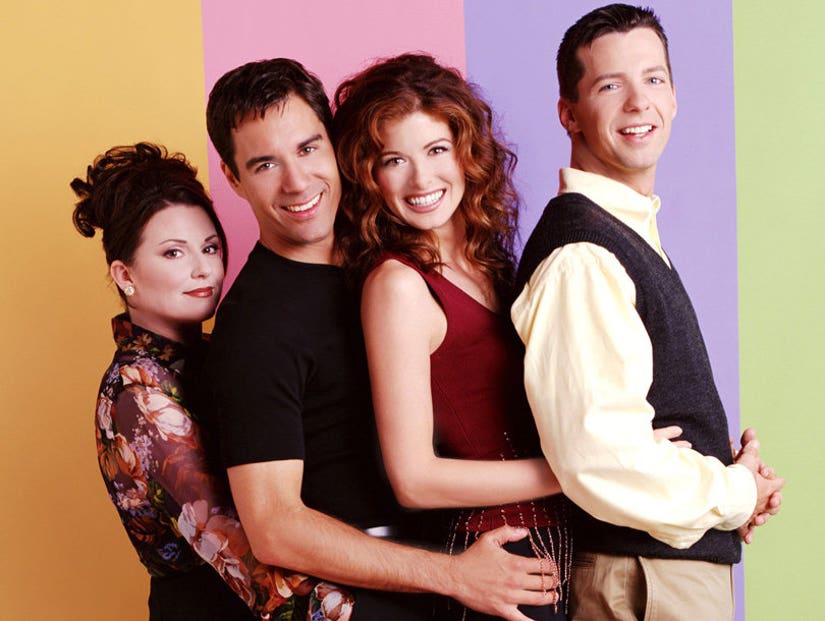 A 10-episode revival of "Will & Grace" has been ordered by NBC for the 2017-2018 season. Stars Debra Messing, Eric McCormack, Sean Hayes and Megan Mullally will all return.

Director James Burrows, who helmed every episode of the show's eight-year original run, will return for all 10 episodes.

"We're thrilled that one of the smartest, funniest, and most defining comedies in NBC history is coming back," NBC Entertainment Chairman Bob Greenblatt announced at the TCAs on Wednesday. "This groundbreaking series for everything from gay rights to social and political commentary — all disguised as a high-speed train of witty pop culture — is coming back where it belongs."

"Dave [Kohan] and I are absolutely thrilled about the opportunity to write what Will, Grace, Jack and Karen are thinking about in 2017,” series co-creator Max Mutchnick added in a statement.

The cast first ignited revival rumors when they got together to film a voting PSA back in September 2016, in which they reprised their roles from the sitcom.

In December, co-star Leslie Jordan -- who played Karen's nemesis Beverly Leslie -- seemingly spilled the beans too early when he said a 10-episode reunion was a done deal and would be going into production in July. Messing shot down the rumors at the time.

The original series ran from 1998 to 2006, picking up 16 Emmy Awards and 83 nominations throughout its run.

See the cast react to the news and re-watch their reunion PSA below:

IT'S OFFICIAL !!!🎉🎉THE GANG IS GETTING BACK TOGETHER on @NBC!! 🎉🎉https://t.co/sxP30wvCfn #WillandGrace

Okay, NOW it's official! Will & Grace - The Reunion is Coming https://t.co/2rSlObBYDt via @YouTube