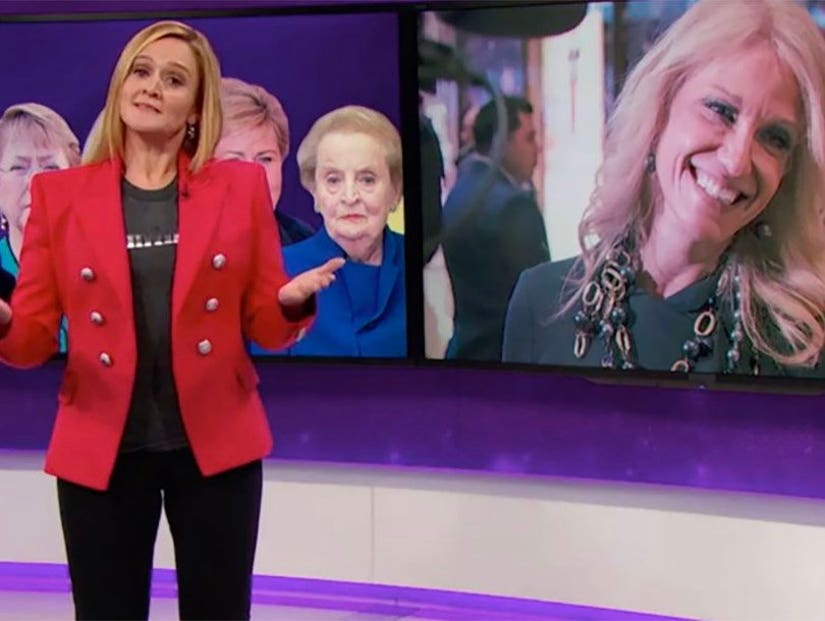 Samantha Bee pondered why Donald Trump advisor Kellyanne Conway isn't the one being inaugurated as President of the United States on Friday.

"Why the hell is he President instead of her? Kellyanne is the soulless, Machiavellian despot America deserves!" Bee said during an entire segment devoted to Conway's accomplishments on Wednesday's "Full Frontal."

Referring to Conway as Trump's "spokescobra," Bee sarcastically applauded Conway for turning around the President-elect's "upended port-a-potty of a campaign."

During one of the Fox clips, a female panelist said if Conway was a liberal she would've been featured on the cover of Vogue for her political achievements.

"Oh my God, you guys, it's so unfair. A woman pulls off the historic feat of electing a sexual predator who thinks women should be punished for having abortions and feminists don't celebrate her with a Vogue cover!," Bee mocked.

The "Full Frontal" show host continued that Conway "did get the cover of 'Pussy-Grabber Enabler Monthly" as a consolation prize.

The host then took aim at some of Conway's past sentiments referencing racism, sexism and homophobia.

Watch the full video (below).