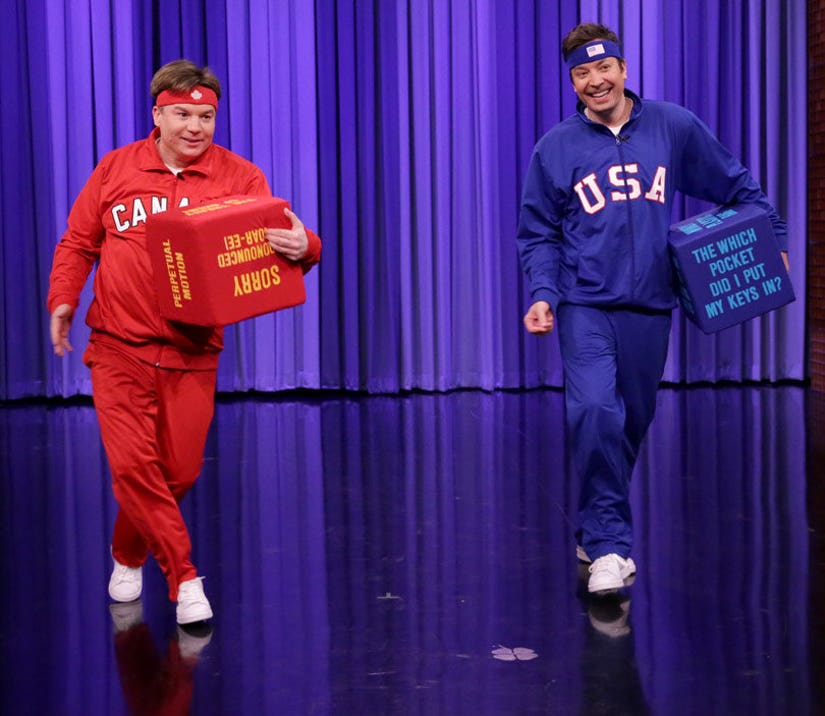 Mike Myers still has all the right moves. The actor stopped by "The Tonight Show with Jimmy Fallon" on Tuesday for an epic dance-off with the late night host.

The contest saw the two going head-to-head to prove whether Americans or Canadians were better on the dance floor.

"Mike and I each get one of these dance die and on each of the six sides is a made up name or style of dance which we haven't seen before," Fallon said, explaining the rules of the competition. "We're going to take turns rolling our die and whatever side it lands on, we're going to have to make up what that dance is."

The categories were totally crazy, leaving the guys making up moves to fictional dances including "Perpetual Motion," "The Which Pocket Did I Put My Keys In?" and "Hot Poutine."

Neither of them was crowned the winner, as they joined forces at the end to do "The Slip N Slide" together.

Who do you think won? Watch the video below: