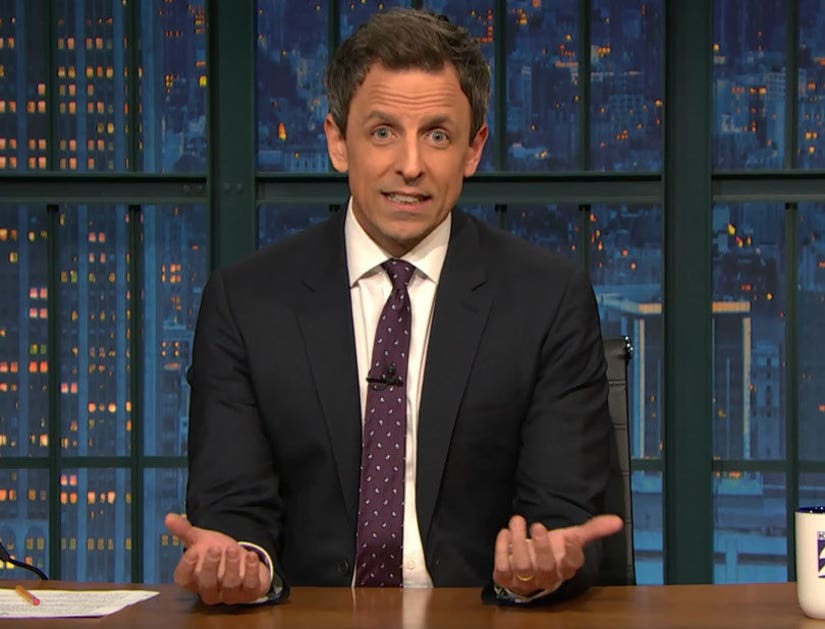 Seth Meyers went in on President Donald Trump Tuesday night, calling him out for his unsubstantiated claims that millions of illegal voters cost him the popular vote.

In a segment called "Hey!" on last night's "Late Night," the host made it clear he's had enough of POTUS' statements regarding the election.

"Hey, why do you keep lying about this? There is zero evidence for this claim," Meyers said at the top of his show. "Also, why would you say 3-5 million people? We already know from the inauguration, you have no idea what a million people looks like!"

"Just accept you're bad at guesstimating," he continued. "You won the election, what are you complaining about? You're like a guy who wins the Super Bowl and spend the post-game interview complaining about a pass interference call in the first quarter. Winners don't complain about the final score. You know who does? Degenerate gamblers! But I guess if you knew anything about gamblers, your casinos would still be open."

He then went in for the kill:

"The election is over and you're the President," Meyers concluded. "So let me just say what dozens of women have already said to you: Hey, let go of it!"

The rant comes after Meyers also took the Trump camp to task for "Alternative Facts" as well on Monday night.

Meyers revisited moments from The Women's March on D.C., as well as highlighting Trump's statement at his visit to CIA offices over the weekend about crowd size at his inaugural parade with an edited clip featuring Today Show's Al Roker offering Vice President Mike Pence some candy.