"This is Sean Spicer's job. Trump bulls---s, and [Sean's] the guy who's agreed to go out every day with the air freshener," the host said, ripping into Spicer's performance at Monday's press briefing.

The Comedy Central star also took Spicer to task for stumbling over his words during the conference. Noah also slammed him for everything from his "five-year war with Dippin' Dots" to the report that he chews and swallows 35 pieces of Orbit cinnamon gum a day. 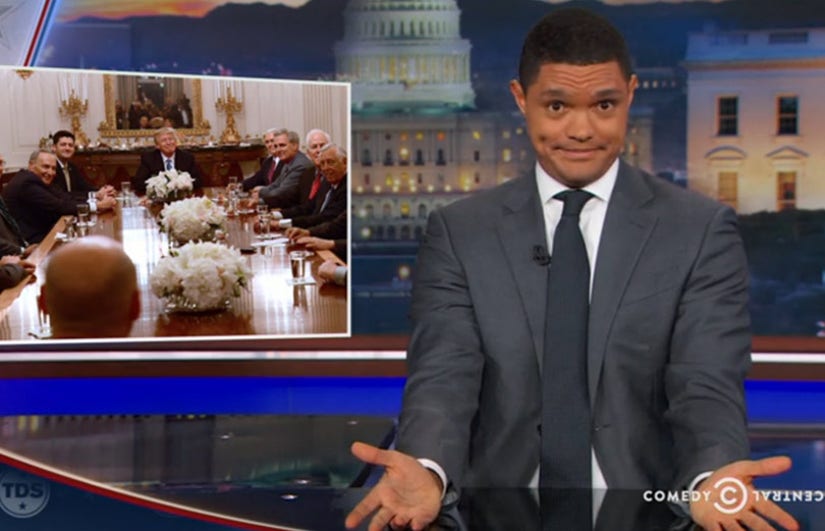 On Monday, Spicer brought up the negativity he said has surrounded Trump's entire campaign.

"There is this common theme to undercut the enormous support that he has," he said of Trump. "And I think it's just unbelievably frustrating when you're continually told it's not big enough, it's not good enough, you can't win. The default narrative is always negative, and it's demoralizing."

But of course, Trevor had a response to that, too.

"So weird that after spending a year and a half watching Donald Trump bully his way to The White House, now that he's in power, all his team can do is complain about him getting bullied," he said. "That's such an insane thing."