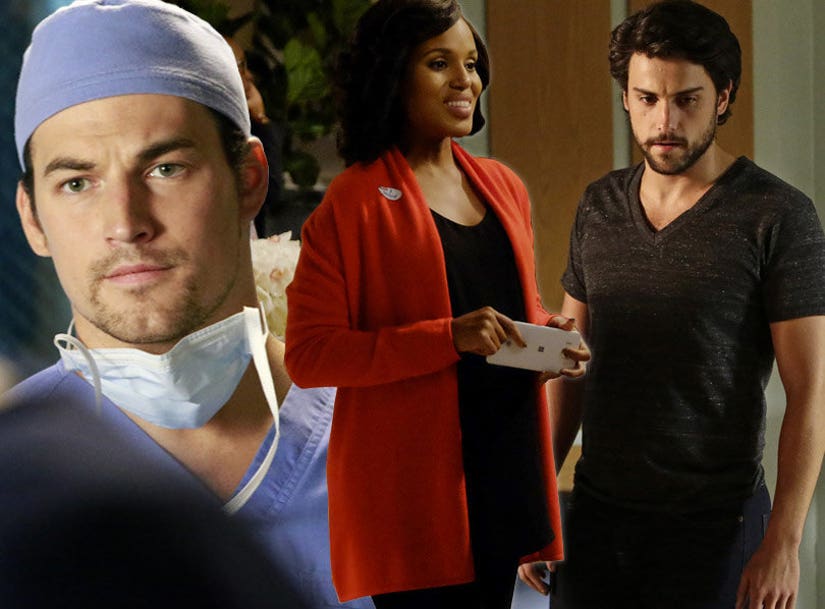 Shonda Rhimes returned with the premiere of her hit trio of shows and we're here to breakdown the most O-M-G moments of the night from "Grey's Anatomy", "Scandal" and "How To Get Away With Murder."

Shonda tested us leaving the mid-season finale in a FEW different cliffhangers about the fate of Alex Karev (Justin Chambers) as well as the relationship between Owen(Kevin McKidd) and Amelia (Caterina Scorsone). But tonight's episode was focused mainly on the visit to a pregnant patient at a maximum security prison from Arizona (Jessica Capshaw), Bailey (Chandra Wilson), and Jo (Camilla Luddington) which left us feeling angry, then emotional, and then thinking we'd have to wait to find out Alex's fate. On the car ride home though, Bailey dropped the bomb on Jo.

We're all waiting to know if Mellie (Bellamy Young) is elected president. We're also dying to know who is gonna die (because someone always dies). Here's what shocked us:

How To Get Away With Murder

If we've learned anything from watching HTGAWM it's that the one thing we're all trying to figure out, won't be revealed until the end of the season. Good 'ol Shondaland rollercoaster ride. It's a blast!

We're still asking ourselves a million questions about who, why, where, and what the hell, but TGIT premiere night had some seriously awesome O-M-G moments. Stay tuned!