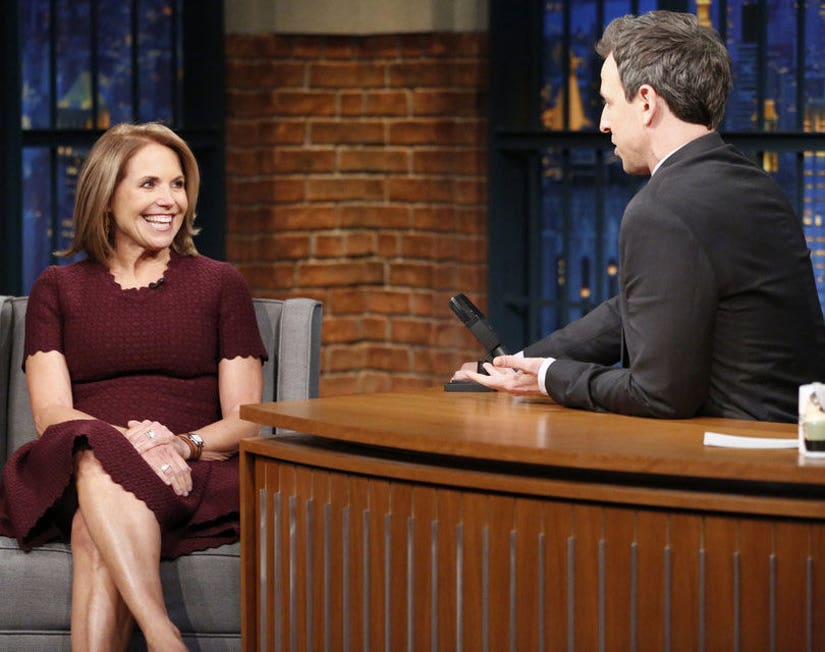 The Yahoo News global news anchor appeared on "Late Night with Seth Myers" on Wednesday night, where she spoke about Trump's "adversarial" relationship between the media and POTUS.

"I think it's a bit scary to see such an adversarial relationship with the press, because as he tries to cast doubts on the credibility of a free press," Couric told Meyers. "I think he thinks that will prevent anyone from casting doubt on his credibility."

Not only does she think there's something "scary" going on right now with his administration, but Couric doesn't believe Trump actually has the greatest grasp on how the public actually gets their news right now.

She also explained why the press does need to speak out, even as Trump labels entire networks like CNN "fake news."

Couric also said that she would "love" to interview Trump, but added he "doesn't seem particularly interested in that at this juncture."

Myers also asked Couric about a recent trip she made to Trump Tower during his campaign, where she got a look at some of the "press he likes."

"I went by to say hello, kiss the ring and all that stuff that you have to do sometimes and I noticed he has a huge huge desk at his office in Trump Tower and there was every magazine he had been on the cover of, like ten issues deep," she revealed. "So his entire desk was covered in various publications. I thought, wow, that's interesting decor for an office."