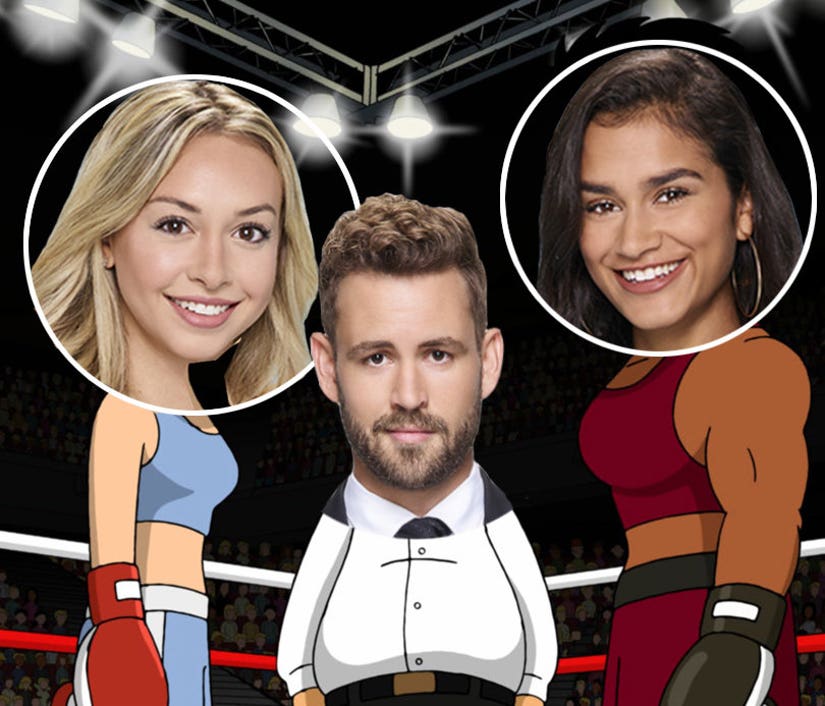 It's "Bachelor" battle royale tonight as two of Nick Viall's leading ladies go on an epic two-on-one date which will send one lady packing.

Taylor and Corinne basically have had it out for each other ever since Taylor expressed her true feelings for this season's most controversial contestant. In Episode 4, Taylor confronted Corinne about her childish behavior, asking her if she's even mature enough to execute the role of Nick's wife and questioned her intelligence which, as expected, did not sit well with Corinne.

Tensions got even more heated later at the cocktail party where Corinne made it known that she was going to “punch Taylor in the face." In true "Bachelor" fashion, the show ended there, so we'll all have to wait for Monday's episode to find out which of these two goes home. And if Taylor loses a tooth or two.

After five weeks of rumors, roses, and red wine – here's where we stand:

Danielle L: Personally, Danielle L. seems like she's exactly Nick's speed. She laughs at all his jokes (literally… all of them). She's pretty mellow which works for Nick, and you can literally SEE it when she looks at him – the girl is so into him. This is what Nick might need. After being rejected three different times, this would be the IDEAL situation for Nick; finding someone who is so into him, he can avoid the rejection altogether.

Vanessa: After Nick and Vanessa went on that INSANE anti-gravity date, she's been a clear front-runner. Vanessa even got a normally shy Nick to cry when she urged him to express himself. Talk about the feels. Vanessa, though, isn't here for the drama. She told Nick last week that if she didn't see better decisions from him (speaking of course about Corrine, and the fact that she is still in the house) she's not willing to even give the relationship a shot.

Raven: The adorable farm girl from Arkansas is just too-cute to be real. She's smart, clever as a fox, and makes Nick much more interesting than he actually is. In their last one-on-one date, Raven was so expressively herself, and it totally showed. Nick said it a dozen times and it was so obvious to us watching, he has SO much fun with Raven. 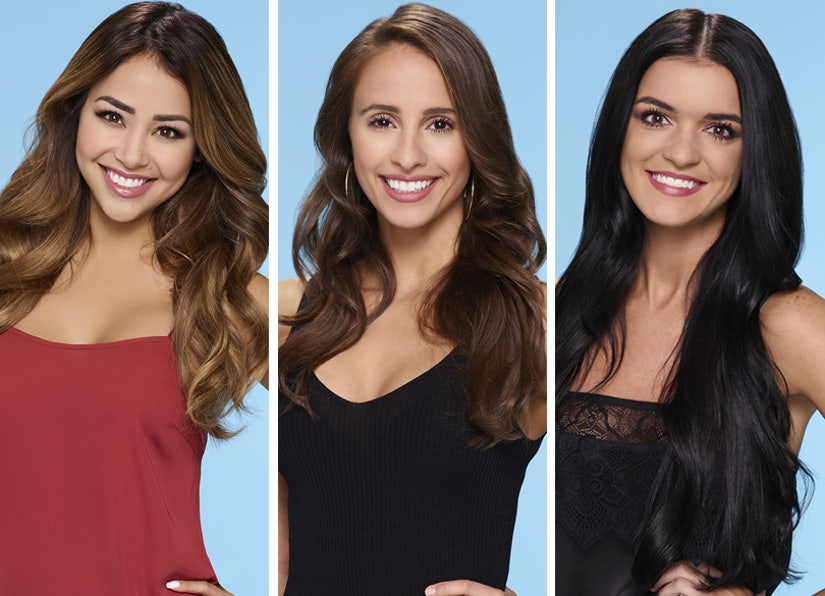 Aside from Corinne or Taylor, we expect a dramatic elimination tonight. Nick has already made most of these women question his intentions, and there's a lot to be said about the women who he hasn't yet taken on that oh-so-intimate one-on-one date.

Watch a sneak peak of this week's epic girl fight below: