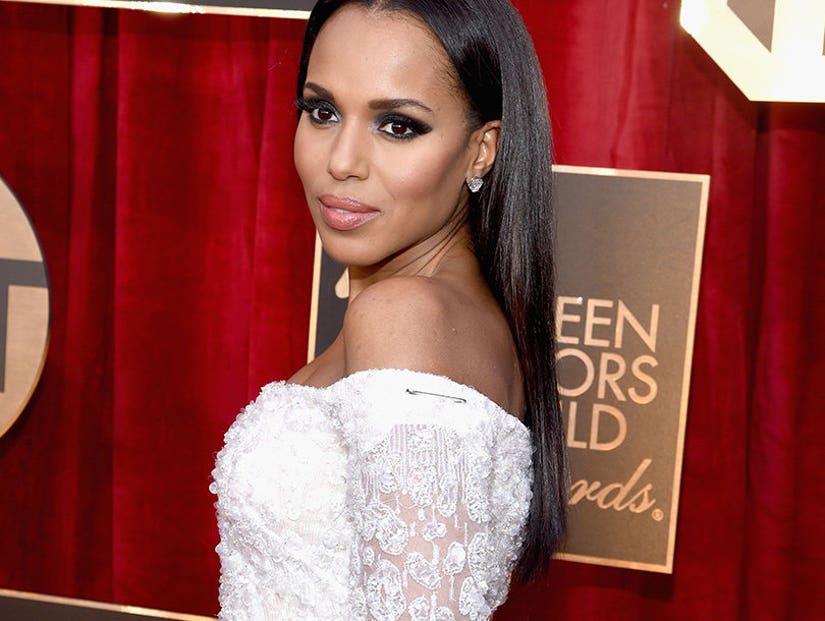 40 has never looked so good!

Kerry Washington is asking her Twitter followers to help the fight for their rights and the rights of all Americans by donating to the American Civil Liberties Union (ACLU) in honor of her 40th birthday.

The ACLU is a nonpartisan, non-profit organization whose mission is to “defend and preserve the individual rights and liberties guaranteed to every person in this country by the Constitution and laws of the United States”

Today's my birthday! Celebrate with me by donating $40 or whatever you can to the @ACLU! #WeMatter https://t.co/VPwnzH88hY pic.twitter.com/OE14cr2C2h

The "Scandal" star's charity effort comes just days after the ACLU made major strides against Trump's immigration ban, by winning a court order filed against him on Saturday, ultimately gaining the attention and support of many celebrities.

The actress was also featured in Sunday's SAG Awards where she urged fellow celebrities not to be silenced by anyone.

"A lot of people are saying right now that actors should keep our mouths shut when it comes to politics," Washington said. "But the truth is, no matter what, actors are activists, because we embody the humanity and worth of all people."A woman of her word, Kerry is making sure she contributes to the fight by celebrating her birthday in the most helpful way.

@kerrywashington done! Thank you for being such a great role model and inspiration. Happy birthday Kdub 💜 pic.twitter.com/nouob6RmEc

@kerrywashington proud to be a fan and even more proud of your activism these days! We truly need it at a time like this! Happy birthday 💙 pic.twitter.com/GCk5gN6DvB

@kerrywashington @ACLU
Gladiators have got this! Happy Birthday KW🎉🎉 pic.twitter.com/qeH8rYaquV

Alongside her compassionate humanitarianism, Kerry shared a photo of her MASSIVE birthday cake the cast and crew at "Scandal" got her.

Spending my birthday with the #Scandal family. No place I'd rather be. I can't believe thi… https://t.co/EKgmf728cw pic.twitter.com/1Cs6jB57Gf

As always, even on her birthday, Olivia Pope has it handled.