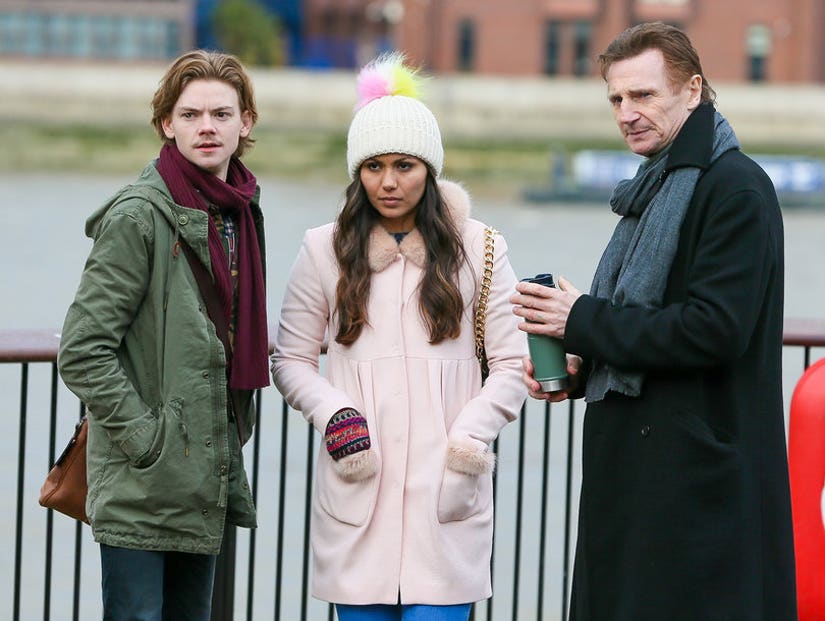 Liam Neeson still has a very particular set of parenting skills in the first look at the "Love Actually" short sequel being produced for Red Nose Day.

The NBC-sponsored charity, which is on a mission to end child poverty, released the first still (below) from the short film on its Instagram account Thursday.

The image teases another heart-to-heart conversation between Neeson's character, Daniel, with son Sam, played by Thomas Brodie-Sangster. Fans of the 2003 Christmas comedy will remember the father giving his boy dating advice while struggling with the recent death of his wife.

Now Sam is all grown up, but we wouldn't be surprised if he still goes to his dad to talk about the ladies. After all, the romantic comedy ended with Daniel picking up a new lady on Christmas Eve, so clearly, the guy knows what he's talking about. Then again, set pictures show Sam's crush - an American singer named Joanna, played by Olivia Olson - by his side while taking a stroll in London (above).