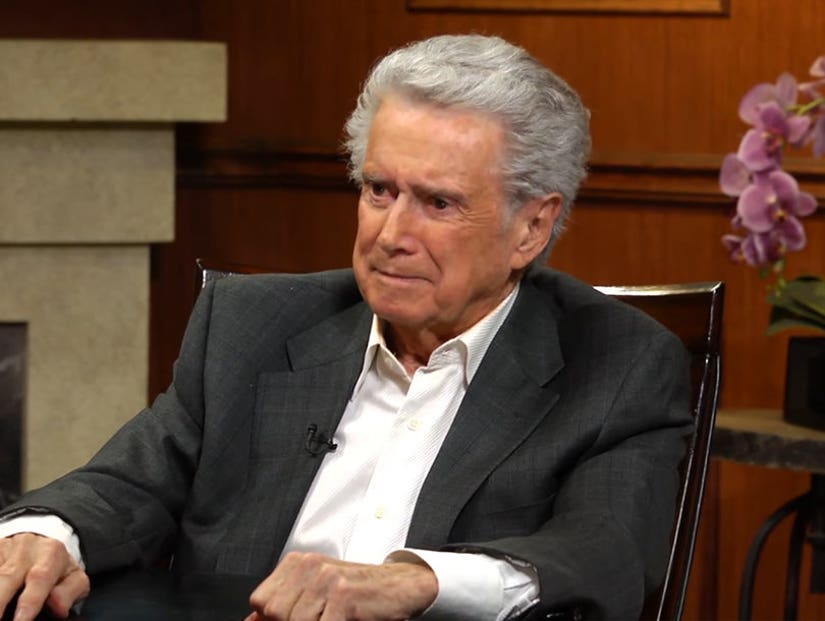 UPDATE: It seems Reeg may have forgotten he appeared on the show again in 2015.

"It was wonderful to have Regis on the show for our 2015 Halloween special," Dave Davis, President and General Manager of WABC which produces "LIVE! With Kelly" told TooFab. "He's also been invited back several times as a guest, and in fact was confirmed for a date, but was not able to make it at the time."

In an interview on OraTV's Larry King Now, Philbin opened up on why the duo's relationship soured after he left ABC's "Live With Regis and Kelly" in 2011.

Philbin and Ripa co-hosted together for 10 years after the "All My Children" star joined Regis in 2001. But when the iconic host decided it was his time to depart the broadcast after 28 years, he said Ripa took it very personal.

King asked if he had plans to return to hosting, and if he misses his seat on his show.

"I do miss it. There are times when I really miss it and wish I'd never stopped. But, you know, I just figured it was time to let go."