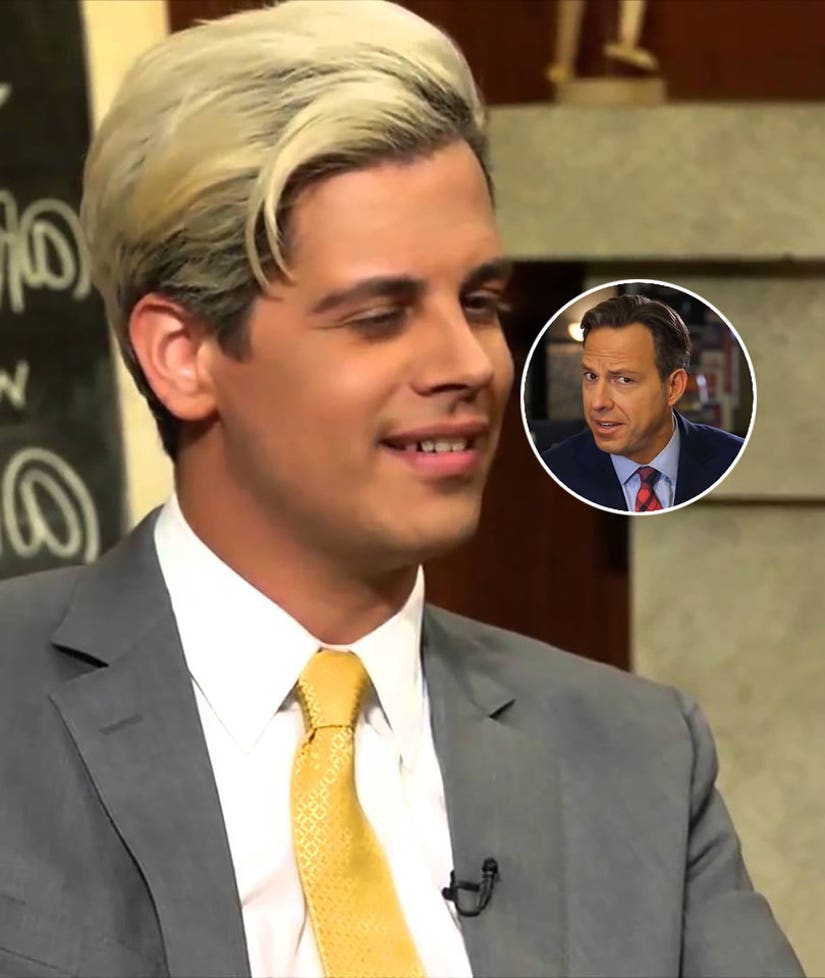 CNN's Jake Tapper is among those who are not happy with Milo Yiannopoulos for "justifying" pedophilia in a video clip that emerged after the Breitbart senior editor's appearance on Friday's "Real Time with Bill Maher."

"I'm grateful for Father Michael. I wouldn't give nearly such good head if it wasn't for him," Yiannopoulos said on the recording. "We get hung up on this sort of child abuse stuff to the point where we are heavily policing consensual adults."

Yiannopoulo added, "In the homosexual world particularly, some of those relationships between younger boys and older men - the sort of 'coming of age' relationships - those relationships in which those older men help those young boys discover who they are and give them security and safety and provide them with love and a reliable, sort of rock, where they can't speak to their parents."

Tapper used Twitter to blast the Breitbart writer for "justifying" what the CNN anchor considers "the definition of evil."

Preying on children is the definition of evil. Justifying it in any way is sick and disturbing.

Has everyone lost their minds?

How on earth can CPAC defend this?

My friend, a survivor of sex trafficking: "Milo straight up defended abusing 13 yr old boys...Please don't let that be normalized"

In response to outrage over the clip, Yiannopoulos responded on Facebook with a "note for idiots," which takes a page out of Donald Trump's playbook by blaming the media for manipulating his words.

"I do not support pedophilia. Period," Yiannopoulos wrote. "It is a vile and disgusting crime, perhaps the very worst. There are selectively edited videos doing the rounds, as part of a co-ordinated effort to discredit me from establishment Republicans, that suggest I am soft on the subject. If it somehow comes across (through my own sloppy phrasing or through deceptive editing) that I meant any of the ugly things alleged, let me set the record straight: I am completely disgusted by the abuse of children."

Yiannopoulos then issued some "facts to consider," using his own body of work as a reference. Yiannopoulos said that he has outed three pedophiles in his career as a journalist and has repeatedly expressed disgust at child molestation and pedophilia.

"I did joke about giving better head as a result of clerical sexual abuse committed against me when I was a teen," he said. "If I choose to deal in an edgy way on an internet livestream with a crime I was the victim of that's my prerogative."

The comments about molestation aired just two days after Yiannopoulos' appearance on "Real Time," where he addressed and reinforced previous comments about transgender individuals wanting to molest children in bathrooms.