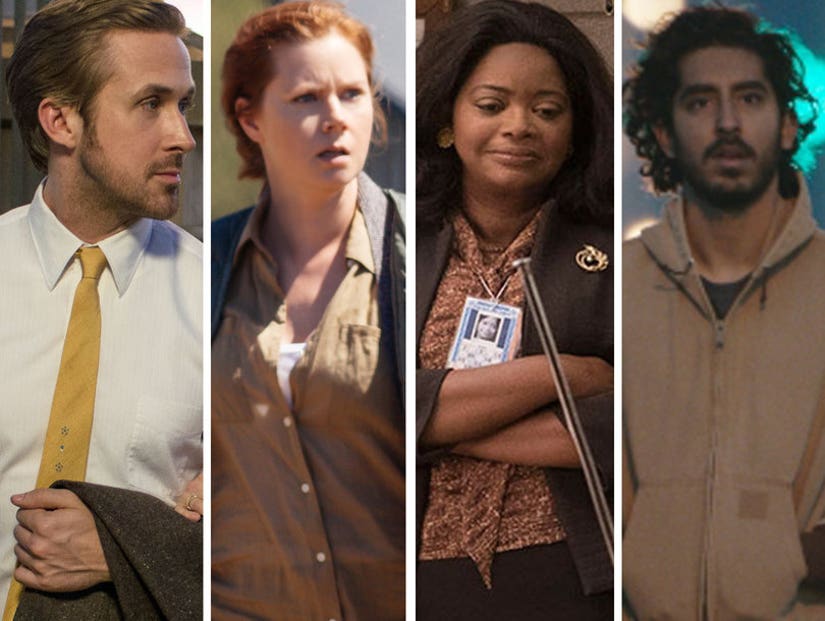 It seems this year's batch of Best Picture nominees at the Oscars aren't catching many Americans' attention.

The Hollywood Reporter partnered with National Research Group to survey 800 people - half Hillary Clinton voters and half Donald Trump voters - about the Academy Awards, and the results aren't flattering for the movie business.

Six out of 10, or 60 percent, of those surveyed could not name a single movie nominated for the Best Picture Oscar, which has been won in the past by blockbuster movies including "Titanic," "Gladiator" and "Forrest Gump." This year's batch of nominees is as follows: "Arrival," "Fences," "Hacksaw Ridge," "Hell or High Water," "Hidden Figures," "La La Land," "Lion," "Manchester by the Sea" and "Moonlight."

Romantic Ryan Gosling and Emma Stone musical "La La Land," a heavy favorite to win, comes closest to entering blockbuster territory with a $340.5 million global box office haul, so far, with $134.6 million coming from domestic theaters. "Hidden Figures," however, has managed to make the most money at the box office in North America with $144.5 million, while Amy Adams science fiction drama "Arrival" has made $195.3 million worldwide but only $99.9 million stateside.

But whether or not the apparent lack of awareness of Best Picture nominees will impact Oscars ratings remains to be seen. The good news for ABC, which will broadcast the ceremony live from Hollywood on Sunday at 4pm PT/7pm ET, is that seven out of 10 people surveyed still plan on watching. When broken down politically, 79 percent of Clinton supporters and 66 percent of Trump supporters surveyed said they'll be watching the event hosted by Jimmy Kimmel. Ultimately, 40 percent of the 800 people surveyed said actually seeing any of the Best Picture nominees had no bearing on their decision to watch the Oscars.

When the results of the survey were broken down politically, Clinton supporters were more likely to be more aware and interested in movies Hollywood offered in 2016, with 48 percent able to name a Best Picture nominee, compared to the 33 percent of Trump supporters.

But it seems both parties have an affinity for Gosling and jazz. Not only was "La La Land" the most cited Best Picture nominee, but it's Trump supporters' favorite to win with 26 percent rooting for the musical, while 20 percent of Clinton supporters picked it as Best Picture.