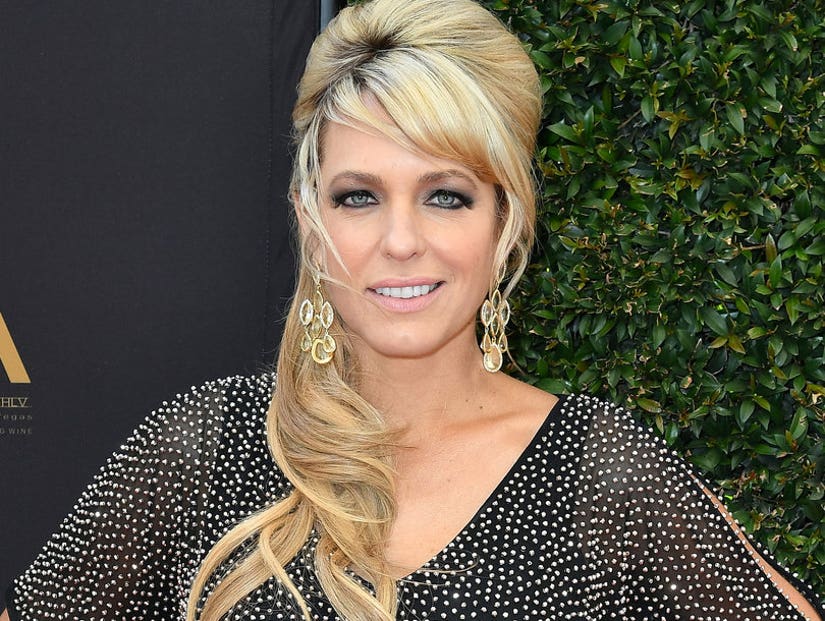 The soap opera star who found herself at center of the presidential campaign thanks to Donald Trump and Billy Bush infamous "Grab 'em by the pussy" tape is back in the news, but this time for her decision to say goodbye to "Days of our Lives."

Arianne Zucker, who's played Nicole Walker on the series since 1998, announced her departure in an interview with Soap Opera Digest.

"Two years ago, I was contemplating making the shift," she said. "I know there are a thousand girls who would take my job in a second, for me, it is my time to go."

The 42-year-old actress will be saying so long to Salem when her contract is up in April.

Zucker became an focal point of the 2016 election when a leaked "Access Hollywood" video from 2005 hit the internet showing then "Apprentice" host Trump and then-AH host Bush talking about her legs while doing a studio tour. In the tape, Trump said he could "use some Tic Tacs, just in case I start kissing her."

"You know, I'm automatically attracted to beautiful ... I just start kissing them. It's like a magnet," Trump said on the tape. "Just kiss. I don't even wait. And when you're a star, they let you do it. Grab 'em by the p---y."

"I choose to stand tall with self respect and use my voice to enrich, inspire and elevate the best of who we are as people," Zucker later tweeted about the incident.

"They are offensive comments for women, period," she also said in an interview with Today.

"I want to teach my daughter that if she ever gets put in a situation like mommy is right now that she will hold her head high," she added. "And if she's learned anything from it, how can she share this with other women or young girls or whoever is around her, young boys even."

"I think men can learn from this of how not to be in front of women or when they're speaking about women."