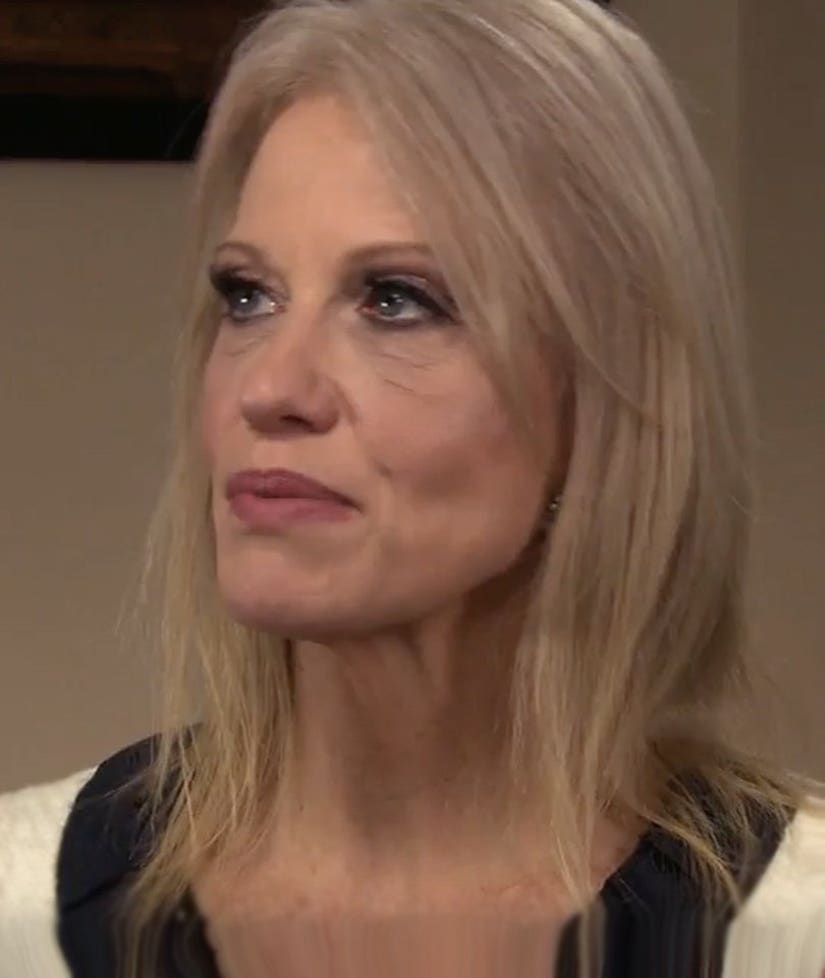 Kellyanne Conway absolved herself of all wrongdoing in using the term "alternative facts" on "CBS Sunday Morning" by comparing the flub to Oscars Best Picture disaster.

"It was alternative information and additional facts," Conway told CBS' Norah O'Donnell. "And that got conflated. But, you know, respectfully, Norah, I see mistakes on TV every single day and people just brush them off. Everybody thinks it's just so funny that the wrong -- the wrong movie was, you know, heralded as the winner of the Oscars."

"I think the question [of whether it damaged her credibility] presumes that it did and so now you've got that in the ether," she added.

Later Conway discussed the infamous "SNL" skit which portrayed her as the female "Fatal Attraction" lead, who was obsessed CNN's Jake Tapper.

"People really got outraged at that particular skit. I had people left, right, and center coming to my, quote, 'defense,' saying it was over the top. But it was also untrue," she explained.