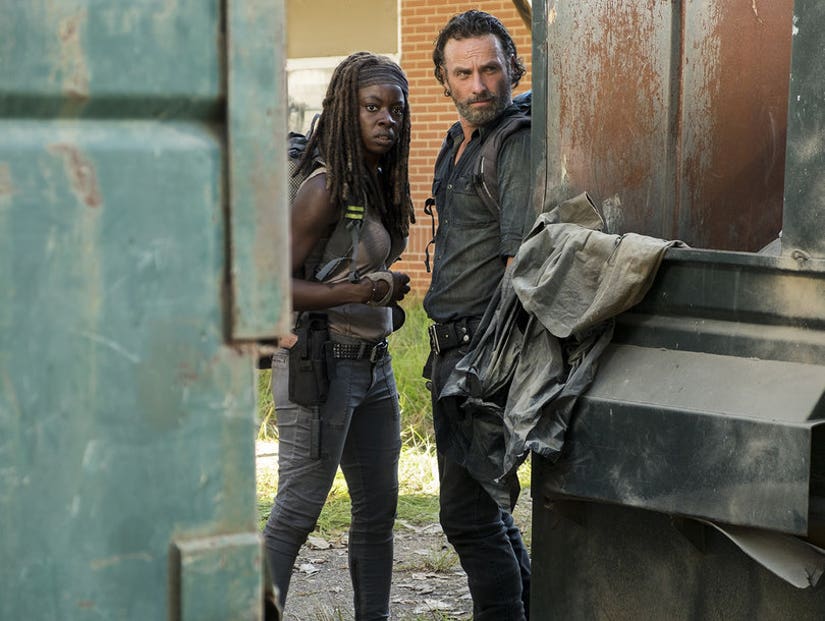 It was scavenge, sex, repeat for Rick and Michonne on "The Walking Dead" Sunday night, which gave us the best moments yet from the zombie apocalypse's newest It Couple.

The episode focused on the duo's quest to find guns for Jadis, as Rosita and Sasha cooked up a plan of their own to take down Negan.

Here are the lingering questions we had watching "Say Yes":

"Say Yes" gave viewers an intimate look into Rick and Michonne's relationship, which is not only passionate when it comes to getting busy, but also extremely open when it comes to the bigger issues. Not only do these two genuinely have a good time together -- we've never seen Rick so gleeful -- but they're honest with each other about their chances of survival, however bleak they may be.

They have each other's backs literally and figuratively.

But should this make us nervous? The show has a history of building up its pairings only to brutally break them apart. Glenn and Maggie, Abraham and Sasha (and Rosita), Rick and Lori, Sasha and Bob, Denise and Tara, Rick and Jessie, none of them ended well.

Hopefully, these two are endgame, because Michonne's grief when she thought Rick died ... we can't take more of that. 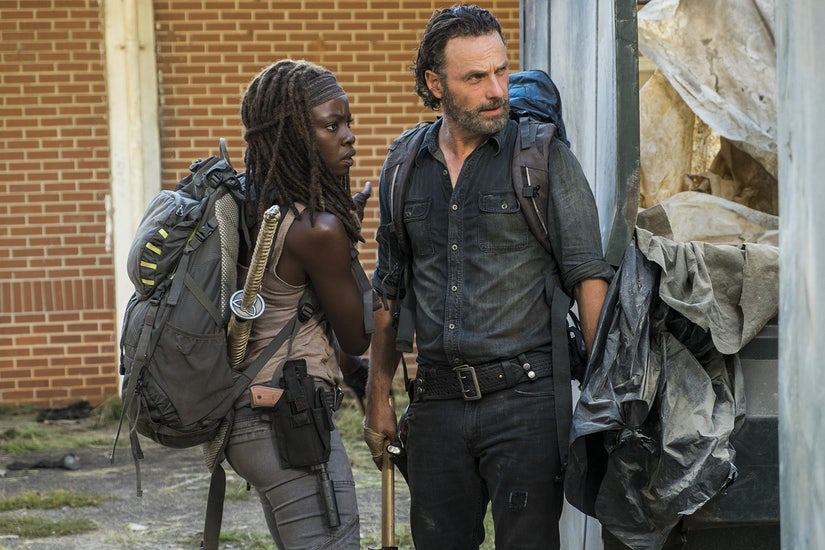 2.) Who will take over if and when they beat Negan?

One of the key conversations between tonight's power couple revolved around the idea of "What's next?" The Alexandrians have put all their focus on taking out Negan and the Saviors, but when and if that happens, were do they go from there?

The new world will need a new leader and Michonne suggested it should be her man. He wasn't exactly up to the challenge though.

His compromise: the two of them "reorder things together."

Somehow we don't see Jadis and the Scavengers bowing to Rick's authority, even if he is the best man for the job. Gregory, Natania, Ezekiel and whoever takes over for those left at the Factory would have to be on board too. Of course, if Rick's plan to take out Negan does work, it really should be him who the others look up to going forward, right? 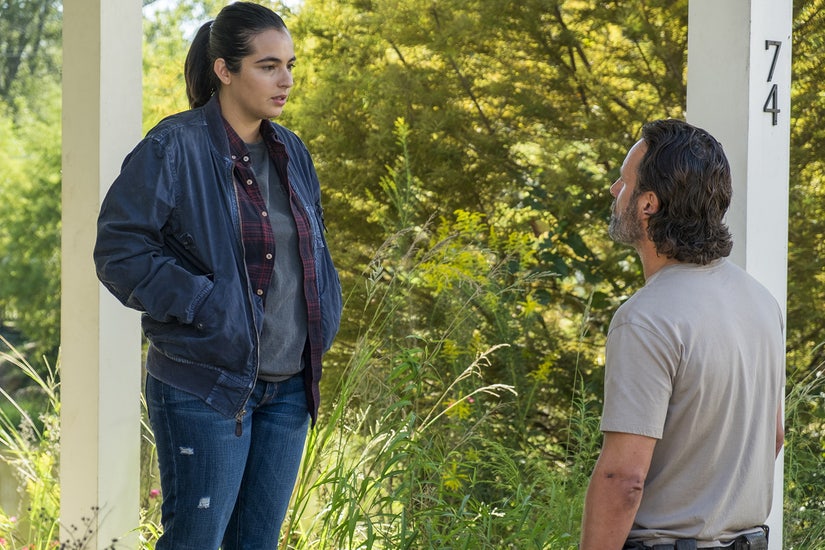 3.) How will the women of Oceanside react when Rick comes for their guns?

Tara struggled with coming clean to Rick about the people of Oceanside and the cache of weapons they have there.

She expressed her inner turmoil to Judith, who was quite the good listener as Tara laid it all out there for those of us watching at home. "If I say something, Rick won't leave there without their guns, if we could even get close enough. They'll start firing and we'll fire back," she explained. "What makes our life worth more than theirs?"

When the guns Rick and Michonne find still aren't nearly enough for Jadis, it's time for Tara to say to Rick, "I have something to tell you." That's the last we see of her, but it's pretty clear she's going to spill the beans on the weaponized colony of women.

Should Rick be the one to make a plea to them, or would they have better luck with a woman, perhaps Tara and Michonne? No matter who goes, it's sure to be one tense conversation.

4.) Is there any scenario where Rosita and Sasha's plan works?

Rosita went behind Rick's back on Sunday, stealing a sniper rifle and teaming up with Sasha to take out Negan on their own.

They have the plans for the Factory, they know Negan's schedule and they have a gun that makes it possible to kill him without having to get too close. On paper, it does't sound like a terrible idea. There's also no way it's actually going to happen.

After introducing random new colonies all season long and sending Rick on a wild goose chase to get them all to join the fight against Negan, it would be quite the cop out to have this duo just take out the Big Bad with a single shot.

This buildup is leading to a war. At least these two are realistic about their chances of getting out alive.