Is Negan going to get assassinated next week?

That's what the promo for next Sunday's "The Walking Dead" wants you to believe, as it ends with a shot of Sasha (Sonequa Martin) getting this season's Big Bad in her sniper rifle crosshairs.

"Rosita didn't come here to train people. You're both going after Negan," Jesus says, as Sasha tells him she's "not going to change my mind."

Elswhere in the clip, the Saviors show up at the Hilltop again, looking for Daryl, who's hiding out in the community with the help of Maggie. Maybe someone should have stayed in the Kingdom.

With two more episodes left in the season after the next one, there's a pretty good chance Sasha and Rosita aren't going to be successful with their mission. There's no way the show has been leading up to a simple sniper taking out its worst villain yet, right?

We'll see when "The Walking Dead" airs Sunday on AMC. 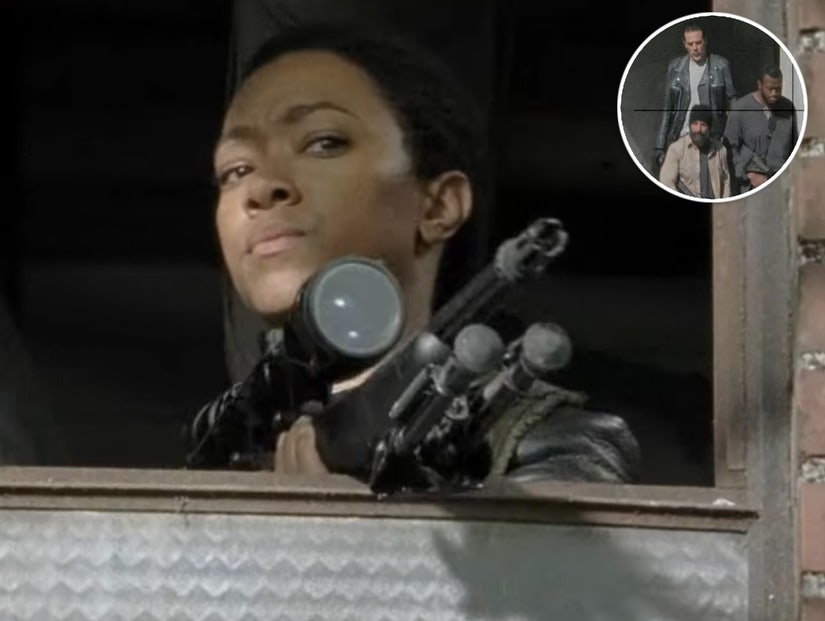