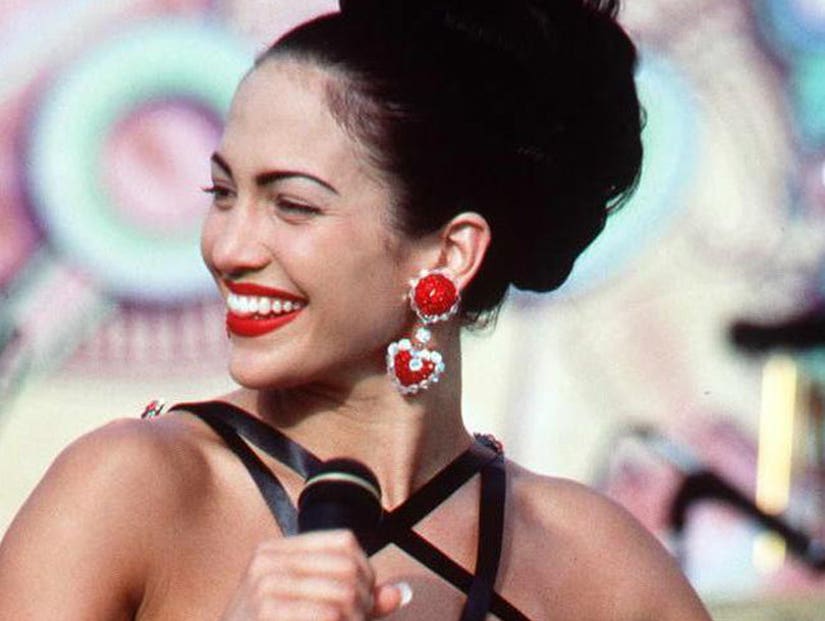 Chris Perez, the widower of Mexican-American singer Selena Quintanilla, was finally able to sit through the movie just last month and enthralled fans by live tweeting while he viewed. It took nearly 20 years for Perez to watch the film with his eyes open and even then he was unable to make it to the end.

“And here's where I think I have to leave the party....” Perez wrote, not wanting to relive the grief of losing Quintanilla.

However, before signing off he pays respect to Jennifer Lopez who portrays Quintanilla in the 1997 film. "I'll tell you what... Jen did a great f!@#king job. Super proud. Will not watch the ending of the movie. G'night everyone,” Perez said.

Here are 5 things we learned from “watching” the film with Perez:

The First "I Love You"

We all know of Selena's love for pizza and the fact that she can “eat a whole medium pizza by [herself].” But what the movie doesn't show in this scene is that Perez and Quintanilla first exchanged “I love yous” in that moment.

“Yup. She LOOOOOOOOVED pizza....this scene coulda been a lil more heavy. Here's where we first said "I love you" to each other. My head was spinning,” Perez said of that touching moment. 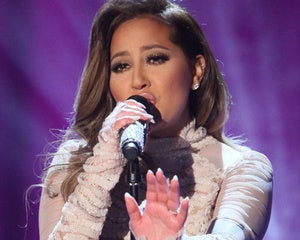 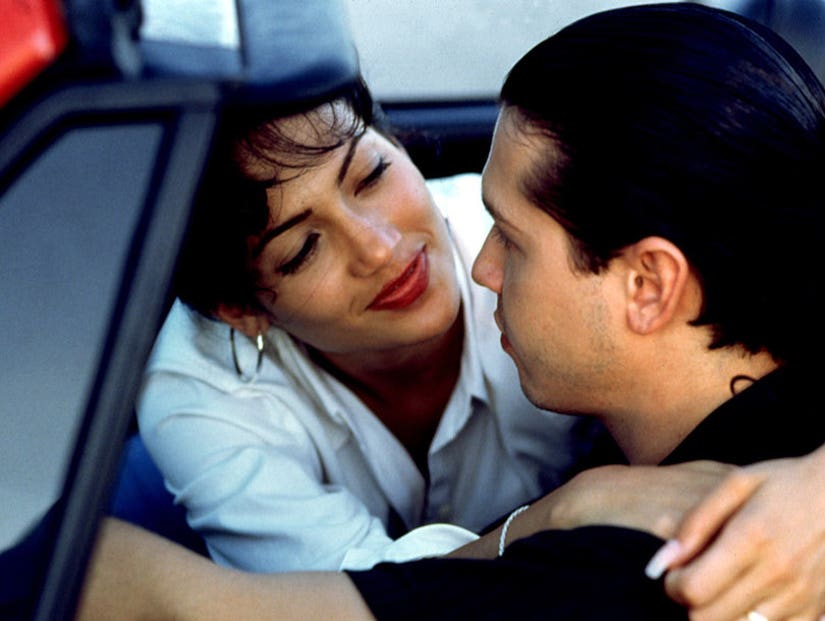 Fans will never forget the moment their romance began… dancing in the back of the tour bus until they were caught kissing by band mate, Joe. However, according to Perez, it wasn't actually Joe who walked in on them.

One thing the film did get right from that moment? Selena made the first move! “Although...I was COMPLETELY down for it,” Perez said responding to a fan's question.

The Stage Collapse in Mexico

While performing in Mexico, the wild crowds pushing and shoving cause the stage to nearly collapse under Quintanilla's feet. The scene in the film is dramatic with the band rushing off stage and her father, Abraham Quintanilla, telling the stage manager, “these are my children and they're in danger!”

According to Perez, the movie did not do that moment justice. “That was even crazier than the movie shows. I thought we were not gonna make it out,” he wrote. More importantly, we learned from Perez that he and Quintanilla had a secret during that show in Mexico. Perez wrote, “We were married by this point. Movie doesn't show that.” 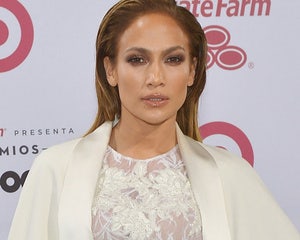 Who could forget the hotel room trashing scene? Perez admits that was not made up for added drama. “Room trashing happened....Oh God. Not one of my prouder moments. She...was...PISSED,” he wrote.

In the scene, Perez is seen sitting alone in a corner playing his guitar while the rest of the guys destroy the hotel until security rushes in. But when asked by a fan why he did not partake, Perez clears it up. “Oh, I partook...movie magic,” he wrote, “But I paid THOUSANDS in damages. Lesson Learned.”

Where It All Began

The first time Quintanilla meets Perez is the infamous haircut scene on the tour bus. Perez gets cleaned up in order to join the band when he says the cheesiest line of the film to Quintanilla, “I like it if you like it.”

However, Perez admitted that he “first saw her in person in the parking lot of a Dennys Restaurant...she was hot. BUT, I was more focused on being their new guitar player.” And the rest is history!