The studio behind the DC superhero franchise released a teaser for the trailer going online on Saturday, exactly one year after "Batman v Superman: Dawn of Justice" hit theaters. The footage isn't much, but perhaps enough to get fans excited, as it shows Batman tossing his aquatic colleague his signature weapon, the Trident of Neptune. 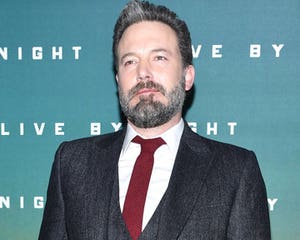