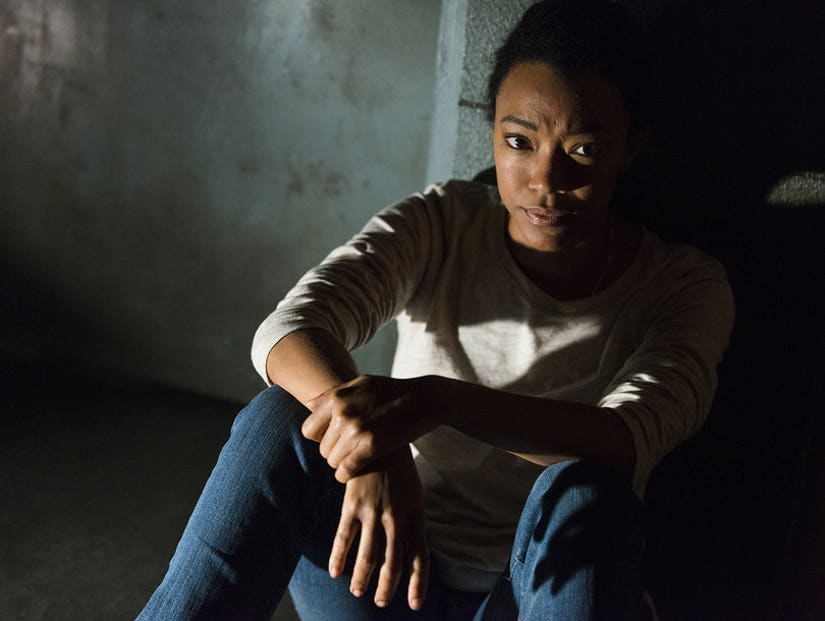 As we head into next week's season finale, the question on everyone's mind is "Who won't make it out alive?"

Let's dig into "Something They Need."

Does This Episode Spell Bad News for Sasha?

Sasha, Sasha, Sasha. She found herself up a creek after storming the Sanctuary solo, landing in a prison cell to fight off "rapey Davey" and Negan's proposal to join the Saviors.

Making matters worse, her plan to have Eugene slip her a weapon she could try and use against the Big Bad backfired too. While she pleaded with him from behind a closed door to give her something to commit suicide with, that was never her plan. So the poison pill he gave her really didn't help at all.

If things seem pretty dire for her, they are. And some clues from the comics make it seem even worse.

Warning: Comic spoilers to follow -- skip below the next photo to avoid!

While Sasha doesn't appear in the source material at all, her misadventures tonight echo that of Holly. In the comics, Holly is the one who Abraham finds love with after Rosita. She also storms the Sanctuary to get revenge on Abe's killers, is nearly raped by David and watches as Negan kills the man for attempting to assault her, telling her "we're not monsters." Sound familiar?

Negan brings her back to Alexandria as what appears to be a sign of good faith. But when he hands her over, she has a bag over her head -- and when it's removed by one of the Alexandrians, they discover she's a walker.

Think this will happen to Sasha next week? Time will tell. 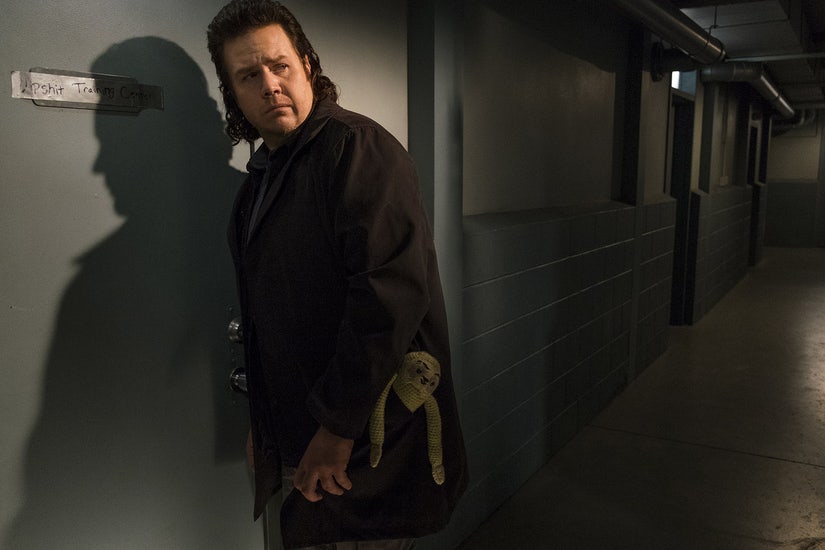 Did Dwight and Eugene Swap Sides?

The episode ended with Dwight showing up at Alexandria to help the survivors battle Negan, but he wasn't the only flip-flopper of the night. First, let's talk about Eugene.

He's been Team Negan for a little bit now, after realizing the perks that come with living at the Sanctuary. But tonight, he finally admitted it out loud to someone else. "You should accept said offer as I did. Taking up with the management here was indeed the correct select. I believed I could be brave, that I could be a survivor like Abraham was. I know now I'm full tilt delusional," he told Sasha. "I have never in my life been as scared as I was that night in the woods. Being here means I'll never have to again and neither will you if you just say yes. Please say yes."

He still showed some allegiance to Team Rick by offering Sasha the poison pill, giving mercy where Negan would most certainly not. Could he still be swayed back? And even then, would the Alexandrians want him after what he's submitted to? Of course, if they can accept Dwight, Eugene isn't even half as bad.

Speaking of Dwight, his dramatic turn has been a long time coming. This man tried to escape the Sanctuary once before, got half his face burned off as punishment, lost his wife to Negan and has been berated by Lucille's keeper on a daily basis. A man can only take so much and he's finally ready to turn the tables on his boss. His intel about the goings-on inside the Saviors' lair could be just the thing the Alexandrians need to get revenge, but what will it take for them to trust him? Don't forget, this is the same guy who killed Denise. It's going to take more than "I'm sorry" to clear the slate here.

Here's hoping he really is on Team Rick now though and not playing them for fools.

Will the Women of Oceanside Really Leave the Survivors Hanging?

Natania isn't here for Rick Grimes' plan AT ALL.

After Tara told the gang about the fully stocked, all-women community of Oceanside, she, Rick, Michonne and most of the show's main characters made a trek to the beachside community to get their guns. Tara attempted to talk their leader into joining their crusade, but she didn't go for it, wanting to remain hidden from Negan instead.

Following a skirmish against a horde of barnacle-encrusted walkers and a standoff or two, the Alexandrians left with a cache of weapons, but no new fighters. For now ...

We saw the women were extremely lethal at hand-to-hand combat while fighting off the attacking zombies and Cindy really wanted to rise up against the Saviors. They'll show up as last minute reinforcements next week, right? 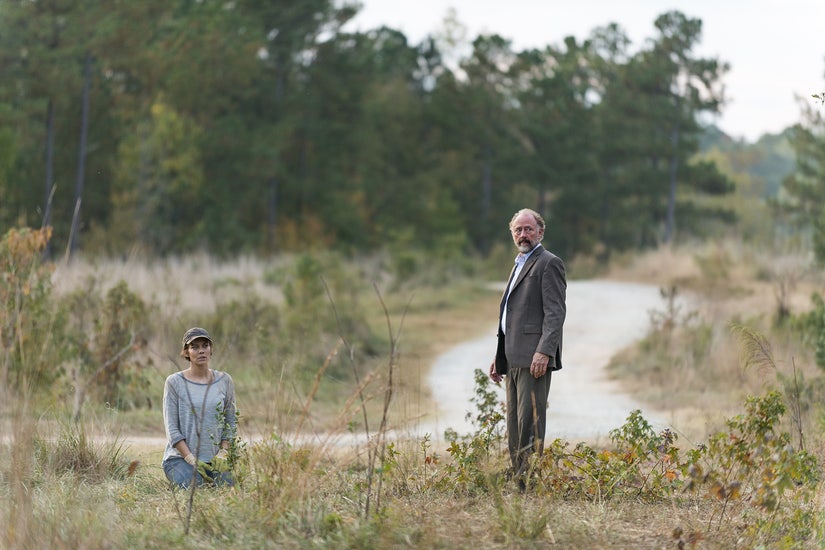 How Much Longer Until Gregory Makes His Move?

The slimy leader of the Hilltop continued to be one of the most unlikable people on television this week, as he considered murdering Maggie in cold blood.

It's clear she's starting to get more respect around the community and that makes him uncomfortable. Her very existence threatens his leadership position. After asking if they can work together on "a united front," we saw him contemplate killing her while he was supposed to be watching her back. He didn't, but the thought was very much there.

He was left feeling even more belittled when Maggie rescued him from a walker, then telling his followers, "He hasn't killed one before, he's learning!"

Gregory pulled out a map at the end of the episode, likely planning a trip to the Sanctuary. But what's his plan? Telling them she's hiding out at Alexandria? Remember, they all think she's dead at this point.

Whatever gears are spinning in his head, they can't be good.

Who's going to die in the finale?

Showrunner Scott Gimple confirmed there would be "losses" in the season finale, which should come as no surprise to anyone who's ever seen this show before.

So, who do we think won't make it to Season 8? Right now, most of our money is on Sasha -- for reasons mentioned above, plus the fact she was cast on a new show -- and Aaron's boyfriend, Eric. Eric dying after finally deciding to join his main man on the battlefield would twist the knife in a way this series is wont to do, right?

We can probably expect a ton of Saviors to bite the bullet too. As for Negan himself, that's anyone's guess.

If the show doesn't kill him off, AMC may have some more backlash on its hand, as most of the season as been heading in that direction. His death would certainly be a satisfying ending, something the show didn't give fans with its controversial cliffhanger last year.

What do you think will go down next week? Sound off below!