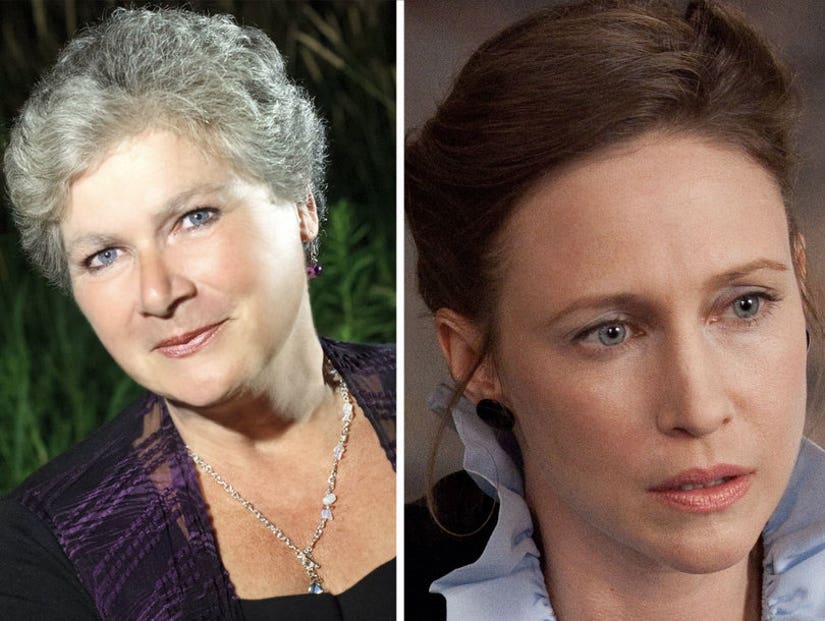 Andrea Perron, one of the real-life victims of the haunting depicted in "The Conjuring," spoke out against the $900 million lawsuit levied against Warner Bros. by the "Demonologist" author Gerald Brittle and defended Lorraine Warren from the writer's charges of the paranormal investigator's "deceit."

"Mr. Brittle owns no right to anything regarding the Perron family," Perron wrote in a lengthy Facebook post published after TooFab repeatedly reached out for comment on the situation. "Admittedly, I have not yet read 'The Demonologist' but I am told elements of our case are included in the book. Now, 37 years later, he is suing WB for $900 million bucks. Ok...wow. I know none of the details of this case, except what has been reported in the press. From what I've read, it seems Mr. Brittle has made some rather disparaging remarks about Mrs. Warren, which is very unfortunate."

"No matter what the infraction, I would be incapable of saying anything against her and I consider his words inhumane," she continued. "I think this ghostly writer is grabbing at straws. Perhaps this is some sort of misguided retirement plan. Either way, I'm staying out of it. WB will crush him in court if it ever gets that far." 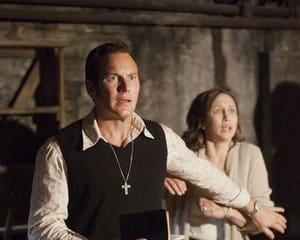 "The Conjuring" was a box office hit in 2013, grossing $318 million worldwide on a budget of just $20 million. Protagonists Ed and Lorraine Warren -- the husband-wife team of paranormal investigators who help the Perron family rid a new house of an evil spirit terrorizing the family -- were played by Patrick Wilson and Vera Farmiga (pictured above, right), respectively. In 2016, the stars returned for "The Conjuring 2," which grossed $320 million worldwide. "The Conjuring" also spawned spinoff horror movies "Annabelle" and the upcoming sequel "Annabelle: Creation."

The success of Brittle's lawsuit against Warner Bros. could hinge on his allegations that the Warrens lied about what actually happened to the Perron family, since the studio is claiming the movie is based on "historical fact," so therefore it did not need to obtain any rights from Brittle.

"Lorraine and Ed Warren's claims of what happened in their Perron Farmhouse Case File, which the Defendants freely and publicly admit their 'The Conjuring' movie was based on, does not at all jive with the real historical facts," Brittle's attorney Patrick C. Henry II wrote in the amended lawsuit, according to The Hollywood Reporter.

"This is a pattern of deceit that is part of a scheme that the Warrens have perpetuated for years ... There are no historical facts of a witch ever existing at the Perron farmhouse, a witch hanging herself, possession, Satanic worship or child sacrifice," the lawsuit reads. 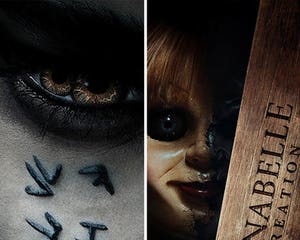 Horror Fans Score with Release of 'The Mummy' and 'Annabelle: Creation' Trailers

Warner Bros. told TooFab last week that the studio had not yet been served with the lawsuit and had no comment on the matter.

Perron's post also recalled how her mother refused to share their family's story with Brittle when Lorraine Warren introduced the two.

"Not long after we left the farm then moved to Georgia, Lorraine Warren found us," Perron wrote. "She called my mother in August of 1980. Gerald Brittle was the 'ghost writer' by her side. He spoke with my mother, as well. He asked her to work with him to tell our story. My mother declined the generous offer made by Mrs. Warren due to an incident that occurred in our new house that night. Mom told Lorraine she didn't want our story told, that no one had her permission to do so." 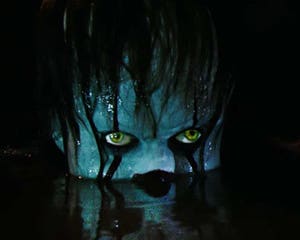 "She then suggested to Mr. Brittle that he get as far away from 'it' as he possibly could, assuring him that no good would come of it," Perron's post continued. "He questioned why she was so nervous, being very mysterious, downright cryptic with her messages but she did not choose to share her latest close encounter with him and he couldn't see her bruised and battered body over a phone. She warned him off but apparently he ignored her remarks and wrote about us anyway."

Ed Warren passed away in 2006, years before "The Conjuring" terrified movie theater audiences around the world. Lorraine Warren is still alive and has not yet responded to TooFab's request for comment.