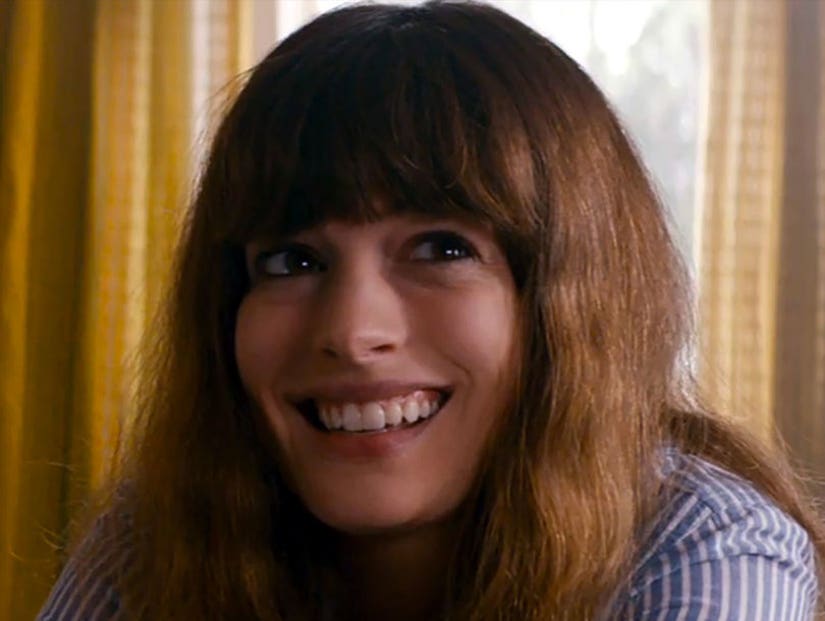 For a while there, for no real discernible reason, the world turned its back on Anne Hathaway. After she won her Oscar, for a powerhouse performance in “Les Miserables,” she was deemed painfully uncool, a dork and priss who try way too hard to get the public to like her.

Then she took a role that shows just how good she is at acting like she doesn't give a shit. Whether that was a calculated move to change her image, or a big middle finger to the internet that mocked her, or just a good instinctual response to a smart script, we may never know. But one thing is very clear: in director Nacho Vigalondo's “Colossal,” Anne Hathaway puts in her best performance in years.

She was all despair and Broadway affectation in “Les Mis,” and she was great at it, and earned her Oscar. But as a 30-something unemployed and oft-inebriated mess named Gloria, Hathaway is her most relatable since “Rachel at the Wedding,” and maybe even before that. She's a shambolic shitstorm, forced to return to her (unoccupied) childhood home in suburbia after being kicked out of her New York City apartment by her fed-up and uptight boyfriend (Dan Stevens). 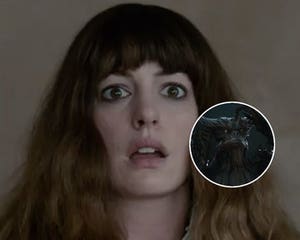 Back home, she reconnects with an old friend named Oscar (a darkly charming Jason Sudeikis), and also an old demon -- literally.

Gloria isn't just a danger to herself; as she soon rediscovers, she represents a real hazard to the people of South Korea. It turns out that when she's blacked out from a night of drinking, she goes to a quasi-haunted playground, and when she steps in the space surrounding the swing sets and jungle gym, she controls a giant kaiju monster that rampages across Seoul. The monster, which looks the adult lovechild of Godzilla and a tree, moves exactly as she does, but crushes buildings instead of bugs.\ 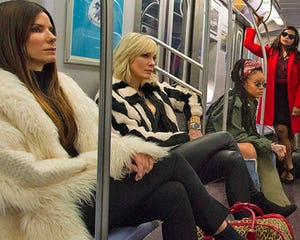 Gloria, naturally, is horrified by this phenomenon, and it only adds to her problems. Hathaway is surprisingly fantastic at playing a drunk mess, switching deftly between “fuck it” mode and existential despair. She looks hungover throughout much of the film, and it hardly feels like acting. The actress who got famous in “The Princess Diaries” plays a convincing alcoholic.

Sudeikis also shows his range here; thus far in movies, he's coasted on his charm and everyman nice guy appeal. But in “Colossal,” that charm and friendliness masks a darker, more sinister side, and when it begins to reveal itself, he becomes strangely magnetic on the screen.

It's always fun when the movie shows the destruction in Seoul -- a big robot later joins the action -- and that's also sort of the point. Vigalondo shows how the American media covers, and how the public consumes, the events, and it's not all that flattering. We root for destruction and carnage because the victims are others, half a world away.

The film is an unusual hybrid between indie dramedy and blockbuster monster flick, but it works. The focus is always on the human characters, which is good, because Hathaway deserves the screentime here.