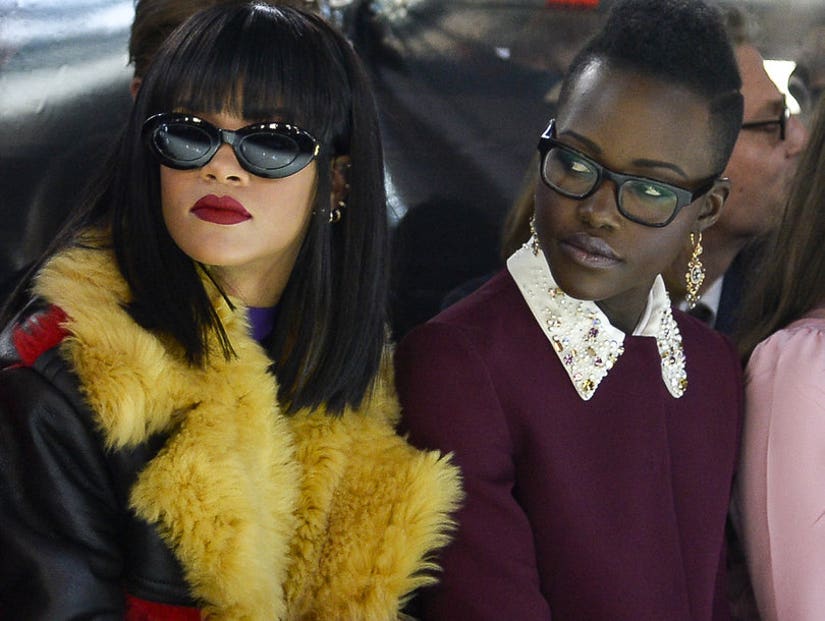 After an image of Rihanna and Lupiya Nyong'o at Paris Fashion Week 2014 went viral, Twitter users decided to create a movie plot for the duo. The idea was all in good humor, until Nyong'o decided to chime in.

A picture for the history books pic.twitter.com/OgxAGZMn4Z

Rihanna looks like she scams rich white men and lupita is the computer smart best friend that helps plan the scans https://t.co/PhWs1xd3nj

"I'm down if you are @rihanna" Nyong'o said.

I'm down if you are @rihanna https://t.co/vwHBWeCbFZ

To which Riri herself replied, "I'm in Pit'z."

Thing got even better thereafter when yet another Twitter user chimed in to suggest Issa Rae of HBO's "Insecure" pen the script. Of course, Rae replied with the perfect GIF.

Even Rihanna was down with Rae writing the script, she replied to her GIF saying, "Issa possibility."

Alongside Rae, Twitter suggested that Ava DuVernay direct the whole thing to which she replied "Lights set. Camera's up. Ready to call action for these #queens."

Later into the plot development, "Black-ish" star Yara Shahidi dropped into the conversation pleading to have a role in this epic but non-existent film.

"Can I please be the protégée that is only a cameo in the first movie, but who's character comes to fruition in the sequel." she said.

Can I please be the protégée that is only a cameo in the first movie, but who's character comes to fruition in the sequel @Lupita_Nyongo 😬 https://t.co/TsMFwRgJC7

@Lupita_Nyongo @rihanna Lionsgate is ready! Are you guys serious? If so a deal can be done this week!

This doesn't seem like it'll end anytime soon. There's a slew of actresses that will surely want part in this one. For now, fans can simply dream of the idea, unless of course, it actually happens. This will easily be the greatest thing Twitter has ever done.