Eggsy is back in action and he's got a few Americans by his side.

This time around, stars Taron Egerton and Mark Stong's characters find themselves in a precarious situation when their spy headquarters are destroyed and "the world is held hostage." 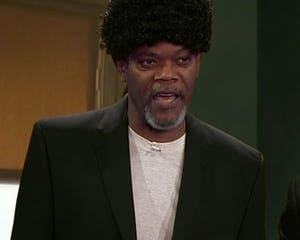 The two join forces with their US counterparts, Statesman, to "band together to defeat a ruthless common enemy, in order to save the world."

The sneak peek gives only brief looks at a few of the newcomers joining the fray, including Channing Tatum, Halle Berry, Julianne Moore, Jeff Bridges and Pedro Pascal.

And yes, Colin Firth will return. The trailer ends with a shot of Harry sporting an eye patch after being shot by Samuel L. Jackson's character in the first film.