It's 100 days into Donald Trump's presidency and Marge Simpson is already out of Prozac.

The animated series released a parody of the president's progress so far in office ... and it paints a pretty bleak picture of what's going on in the White House.

The clip kicks off with an image of a dead Sean Spicer, who's apparently hung himself inside the press briefing room. A cartoon version of Kellyanne Conway looks at the body and comments, "I am not replacing him." 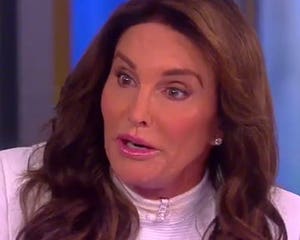 Why Caitlyn Jenner Kinda, Sorta, But Not Really Regrets Voting for Donald Trump

Inside the White House, we see portraits of a naked Melania Trump lining the walls, as Trump himself sits in bed reading "The Little Book of Big Bombs" and crying about reading a proposed tax bill.

In this alternative universe, Ivanka Trump is named Supreme Court Justice and Grandpa is deported back to "where I came from," wherever that is.

"Oh God, this is horrible," Marge says as she takes her last Prozac. "This was supposed to last me four years!"

Season 28 of "The Simpsons" is currently airing Sunday nights on Fox. 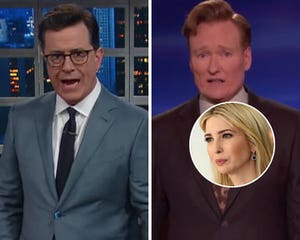