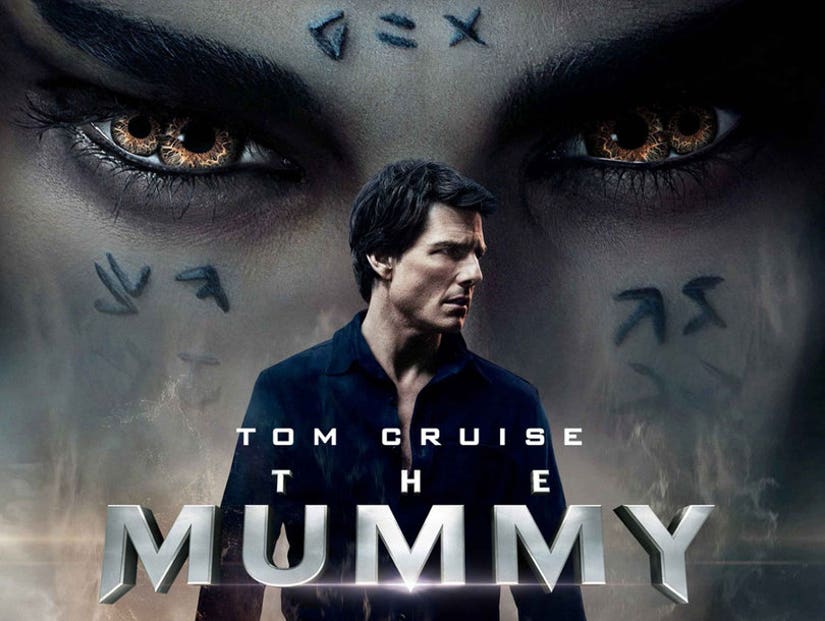 Break out the 'Stay buried' puns, because "The Mummy" is getting savaged by critics.

There's a lot riding on the success of Tom Cruise's new monster film, which kicks off Universal's Dark Universe, a series of film surrounding classic characters including The Mummy, The Invisible Man, Frankenstein's Monster and The Bride of Frankenstein.

While the first reviews have been kind to Sofia Boutella's performance as the title creature herself, critics haven't been as forgiving when it comes to its heavy-handed setup for future films in the freaky franchise.

What is surprising is that this film's action makes one slightly nostalgic for the 1999 incarnation, or at least prompts one to ask if it wasn't maybe more fun than we gave it credit for. So much of the action takes place in monotonous half-light; so little of it displays even the ambition to show audiences something new — unless we count the Mummy's eyes, which have two irises each, for no apparent reason other than somebody thought that would look cool on a movie poster.

The inaugural entry in Universal's multi-film gamble that will turn their legendary horror characters (Frankenstein, Dracula, et. al.) into an "Avengers"-like cross-pollinated saga called Dark Universe, is an out-of-the-gate stumble that doesn't even have the sense to sport its own so-bad-it's-fun personality.

If Dark Universe is going to conjure a new, interconnected world of evil, it's going to have to lose the feeling that we're being sold something, and invent new forms of weird and woolly. In the meantime, this "Mummy" is rags that produce no riches.

It's (barely) worth seeing if you're in the mood for what it's selling, and it looked just fine in IMAX 3D. But it's not the glorious kick-off that Universal's Dark Universe arguably required.

It isn't a story so much as a prologue, a brand-deposit setup meant to whet their appetites for more Dark Universe. The approach may pay off in the long run, but in the short term, it feels like sitting down for a movie, and getting a feature-length trailer instead.

But nothing about this movie suggests a fresh or unique approach to franchise storytelling or contemporary monster movies. As an introduction, it's functional. As a template for future films, it's a warning that Dark Universe filmmakers are going to need to think about the stories the're telling as much as the stories they're planning.

This has some nice moments but is basically a mess, with various borrowings, including some mummified bits from "An American Werewolf in London." The plot sags like an aeon-old decaying limb: a jumble of ideas and scenes from what look like different screenplay drafts.

It's a ragbag of action scenes which needed to be bandaged more tightly.

The Mummy isn't completely rotten, but given its heritage and larger ambition it feels frustratingly generic and unfulfilling. There are moments where it reaches out for horror and produces something interesting and distinct from Hollywood's other blockbusters, but those moments are buried beneath unremarkable and, by the end, tedious action sequences.

The pacing is too brisk to make anything feel creepy, and the characters – particularly the miscast Tom Cruise – are too flip to sell us on the idea that the horror should be taken seriously.

But the biggest tragedy is that The Mummy isn't telling a story because that story needs to be told. The Mummy is defiantly not "about" anything other than promoting its own franchise, and if that's all this series has to offer, why would we want to see any more of it?

The Mummy is the sort of film that feels like four different stories written by ten different people.

There are a few typically gonzo Cruise set-pieces, but despite the star's best efforts this is a very ominous debut for Universal's appropriately titled “Dark Universe."