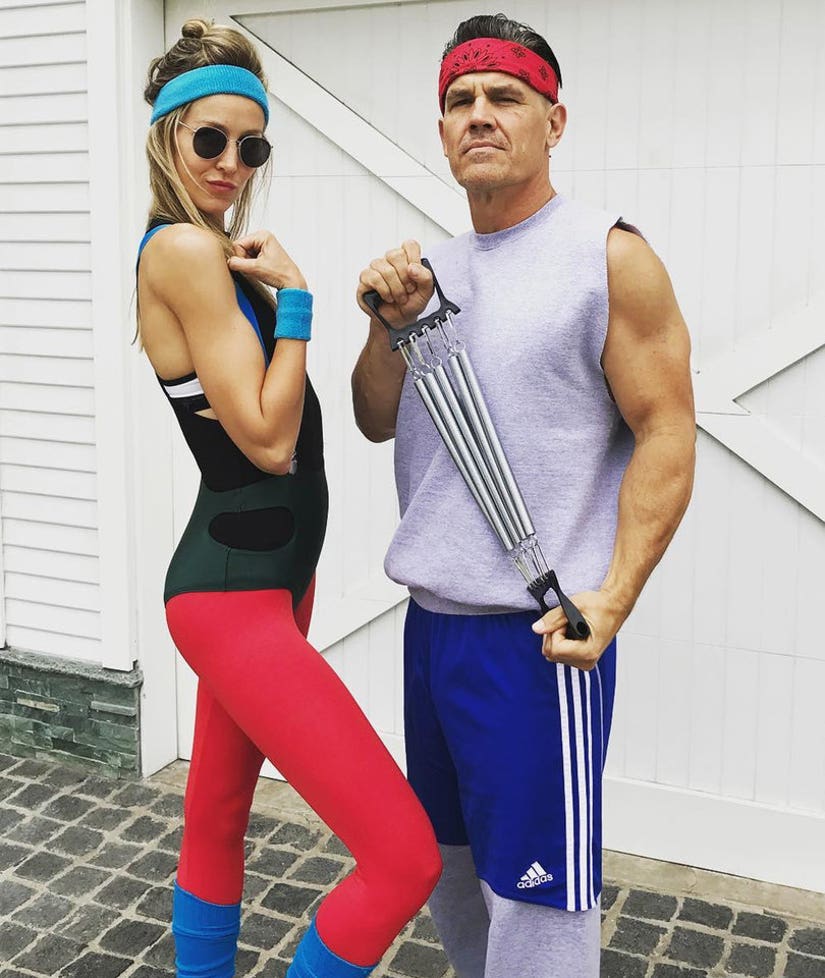 Brand Walsh has still got it.

Former "Goonies" star Josh Brolin dressed up as his character from the film 32 years after its premiere for an '80s party over the weekend.

The 49-year-old actor slipped into the teenager's red bandana, blue shorts and cut off sweatshirt for the bash, which was a birthday party for one of his friends. His wife, Kathryn Boyd, also got into the aerobics spirit with her costume -- and, according to Brolin, their getups were all her idea.

"I didn't know what to dress as (Henry Rollins? Boy George? A gremlin?) then my wife said, 'I got you covered,'" he explained in the photo caption. He included the hashtags #embraceyourpast #gooniesneversaydie #80s #beautyandthebeast #chologoonie

The day before the party, Brolin reminisced about his time working on the film in another throwback post.

"There comes a time in your life when you look back on that life and you think "No shit, that happened?!?". This is one of those moments," he captioned the photo. "I'm old enough now that this memory is one of pure bliss. Pure gold. #gooniesneversaydie #thegoonies #1984 #shortsoversweats"

Brolin also shared another photo from inside the party of him and his rarely-seen, 28-year-old son Trevor, the actor's first child from his marriage to Alice Adair (below).

"Ain't nothing better than spending time with my boy," he wrote in the caption. "Friggin handsome devil. ❤️💪 #fathersandsons #trevorbrolin #allgrowedup"

Trevor looks just like grandfather James Brolin, doesn't he? As for Josh, that silver fox haircut is for his role as Cable in "Deadpool 2."