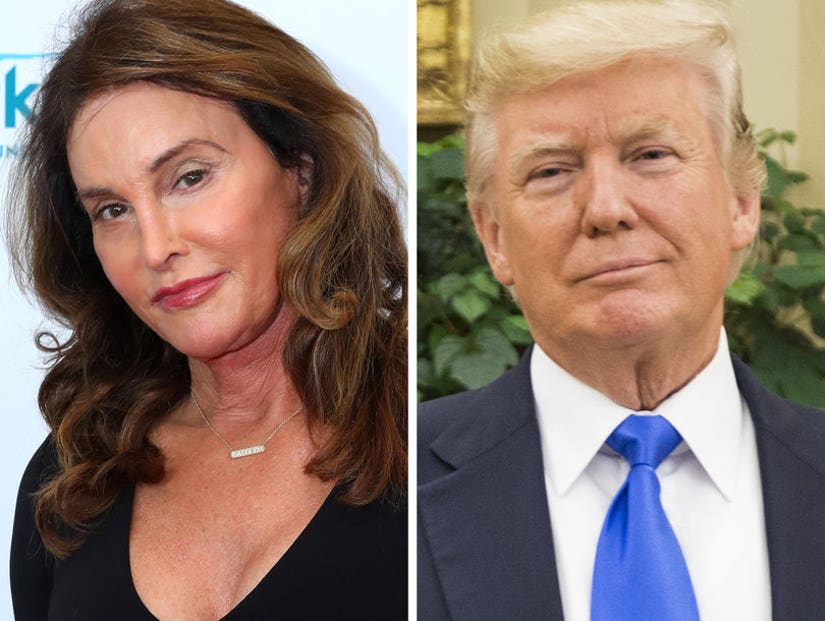 Caitlyn Jenner is pleading for President Donald Trump to "reverse his position immediately" when it comes to transgender people serving in the community.

After disavowing Trump earlier in the day on Twitter, Jenner posted a lengthier reaction to her official website, calling his plan as a "half baked idea" that "puts all of our service members in harm's way."

Read her letter in full below:

President Donald Trump tweeted this morning that transgender service members will no longer be allowed to serve “in any capacity” in the U.S. military. Studies estimate there are as many as 15,000 transgender people already serving this country – and for those brave people fighting for our nation, Trump's early morning tweets must be devastating. I believe every American should be outraged by the disrespect shown to those people wearing our country's uniform. Furthermore, this half-baked idea puts all of our service members in harm's way. Does President Trump intend to just pull 15,000 people out of every critical position to which they are currently assigned? That would disrupt core military missions around the world and needlessly endanger our troops.

Transgender people have served this country honorably for decades. In fact, studies show that transgender people are more likely to enlist in the military than the general population — and it's estimated there are approximately 134,000 transgender veterans in the U.S. today. Veterans who have made sacrifices for this country deserve all of the support we can give them, from thanking them for their service to ensuring they are treated with respect when they go to the Veterans Administration.

The Pentagon has been working for years on a policy that will ensure that transgender people can serve openly in the military with the full support of their leadership. It has been thoroughly reviewed and vetted by the best military and medical experts in the country. There is absolutely no reason to undo all that work because President Trump decided to send a few tweets this morning.

Over the past two years I have met the most inspiring trans people, and I can testify to the trans community's incredible resilience and perseverance in the face of enormous discrimination and hate. We are strong, we are beautiful, and we will win. The President must ask himself which side of history he will be on — and reverse his position immediately.

My father, William Jenner, landed on Omaha Beach in WWII, and his bravery and service to his country has always inspired me and helped make me the person I am today. America's 15,000 trans service members and 134,000 veterans are much braver than you, Mr. Trump; my allegiance is with them and our country, not you.

To support the fight for transgender equality, check out these organizations doing great work.

Jenner, who voted for Donald Trump, caught flack earlier in the day when the ban was announced. Her name started trending on Twitter, as many asked if she regretted her vote and wondered what -- if anything -- she had done anything to help the transgender cause in the Republican party.

She eventually tweeted the below out a few hours later, before following it up with the letter above.