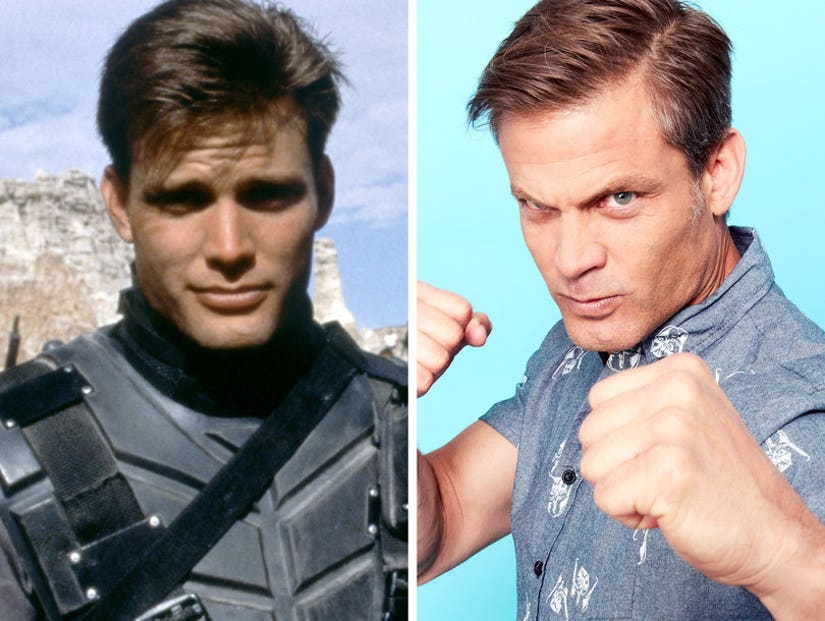 "Starship Troopers" still lives on 20 years after its release and if Casper Van Dien had his way, the sci-fi franchise won't die anytime soon.

TooFab caught up with the actor at San Diego Comic-Con this year to talk about reprising his most famous role as Johnny Rico in the animated film "Starship Troopers: Traitor of Mars." And with a remake supposedly in the works, Van Dien said he'd love to be part of it, as the series means so much to him and the fans. 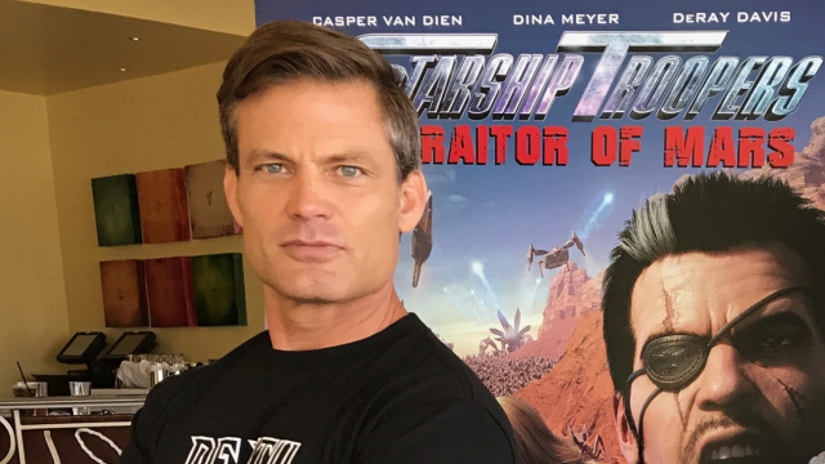 There's one fan interaction in particular that's stayed with him through the years, after he met a Marine who served in Iraq.

"I had a guy who asked me, 'My son wants to take a picture with you, he was in the Marine Corps, he lost both his legs and when he got blown up and was laying down there, the last thing he remembers seeing is this bare arm came in with a Death From Above tattoo and pulled him out,'" Van Dien explained, referencing the ink Rico and his squadron rocked in the movie.

"[He said] 'He wants to take a picture with you, doing that pose and send to his buddy who saved his life who's on his fifth tour," he continued. "The makeup artist was crying, I was crying and she made up a tattoo for us and we both did it, took a picture and sent it over there."

Here's the photo they took together:

"Last year I was at Warner Bros and this Marine comes up to me and goes, 'Hey, I just want you to know I know what you did for that Marine. I saw the picture of what you did for that Marine and I just want to say that's real standup,'" Casper continued. "I went no, what you guys do is stand up. What this man sacrificed, what he wanted to do for his buddy who saved his life, it still gives me chills even talking about it. I think they should definitely keep [the series going], just for things like that."

Van Dien said he'd love to play an older version of Rico in any future film if possible -- as he does in "Traitor of Mars" -- but added that even if they made another one without him, the original's director and screenwriter should still be involved.

"Starship Troopers: Traitor of Mars" hits theaters for one night only on August 21, before hitting home video on September 19.