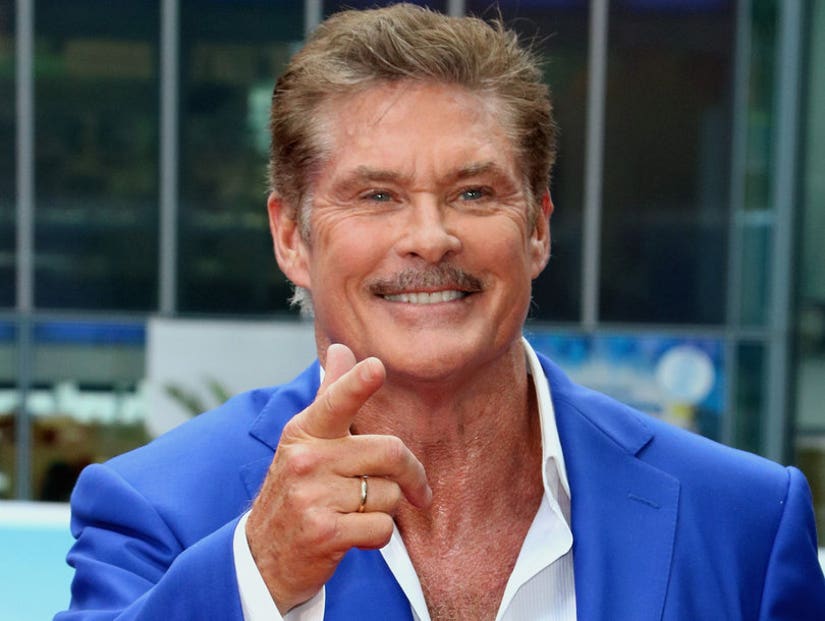 The Hoff is ready and willing to fill one of the judges' chairs on "American Idol."

With his name floated out there as potential backup for Katy Perry, David Hasselhoff told TooFab he'd be down for the job.

"That was my manager calling because I kind of like do whatever is thrown up and one of them is, would you [be] a judge on 'American Idol'?" he told TooFab. "I said sure, throw me the ball."

When asked if he'd ever met Perry, he added, "Met her? I've gone to a concert and hung out with her mom and dad for a long time. Glen Ballard, who wrote a bunch of her songs, wrote a song for me back in the day ['The Best Is yet to Come']. It's a good time right now."

A rep for Hasselhoff added, "Yes, he is interested but it's too premature to [say] anything at this point." ABC added they "do not comment on judge speculations."

On Monday, Katy Perry also chimed in on The Hoff talk in an interview with SiriusXM's The Morning Mash Up, where she had this to say about the rumors:

"What?! I had not heard that, actually. I'm sure it's all out there. I know there are some people that are in play, and David's not necessarily been one of them. [The judges] have to be people that you respect in the music industry as far as people that you go, 'Oh, yeah, they have something to contribute as far as constructive criticism."

On Sunday, the New York Daily News reported that Hasselhoff's people "have been in talks with ABC," while TMZ recently said Lionel Richie, Charlie Puth, Luke Bryan or Keith Urban are all contenders as well.