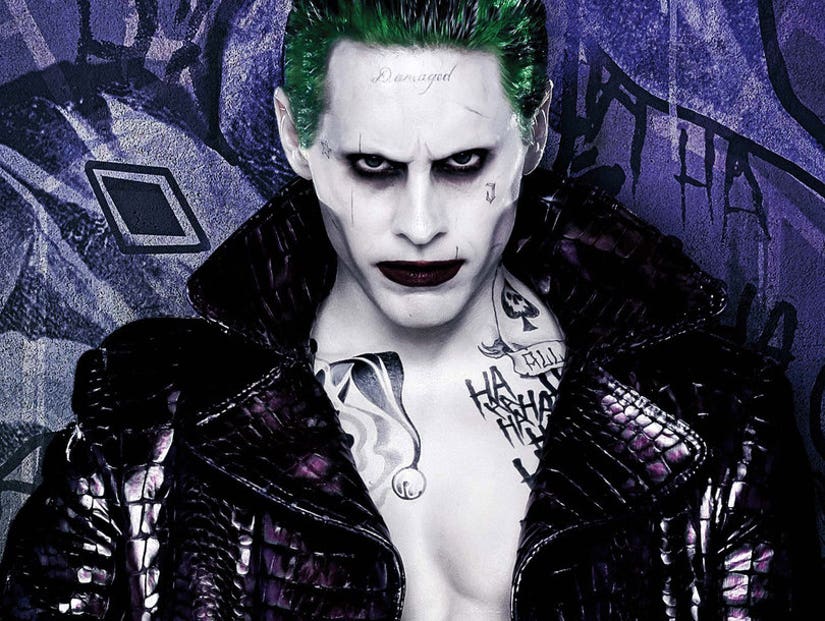 The Internet blew up on Tuesday afternoon after news broke that Warner Bros. is planning a standalone origin film about Batman big bad The Joker.

"The Hangover" director Todd Phillips will reportedly co-write the film and possibly direct, while Martin Scorsese will produce.

The plan is to make a movie totally separate from the current DC Extended Universe, meaning no tie-ins to any current films and no Jared Leto. Deadline reports that the filmmakers are hoping to make a "gritty and grounded hard-boiled crime film set in early-'80s."

While he'll sit this movie out, Leto is still expected to appear in "Suicide Squad 2" and "Gotham City Sirens."

Though there quite were a few people excited to see what Scorsese could bring to the character, most of the Twitter chatter was overwhelmingly negative. A majority of the complaints centered around giving such a mysterious character a fleshed-out backstory.

An origin is totally unnecessary for the Joker at this point. And as in prev RT, The Dark Knight made it clear he's scarier w/out one.

that Joker film is supposed to be an origin film? oh god

i hate the idea of joker having an origin like, we know HOW he was made but it's so dumb for him to be like “oh look at him having a bad day

Yes, let's pretend Jared is a non aging man and need a "younger actor" to play the joker in a solo movie also let's ignore he has an Oscar.

do we really need a Joker movie 😷

me about the joker pic.twitter.com/y90XLiWrlM

Can we just... leave the Joker alone for a bit?

I'm about sick of Batman and the Joker. Show me something new, I'll even accept Batman Beyond.

What does the Joker do in a movie that doesn't have Batman? And if the movie does have Batman it really isn't a spinoff it's Batman.

A Joker origin movie is quite possibly the dumbest idea DC/WB have ever had, and that's saying a lot.

Just when you thought Jared Leto was the worst thing that could happen to The Joker.https://t.co/cqnvE4V3j3

|| I dunno about a younger joker, sounds like a waste of time to me

I love the Joker but WB/DC needs to get it together.

WB trying to explain the continuity of the Joker film and whether or not it's a retcon. pic.twitter.com/1oQYNh22An

The idea of a Joker movie that's not connected to the DCEU is a foolish move.
Besides, that character is used best in dosages.

the new joker movie is cancelled

Ohhh will this be the origin in how Joker got all his horrible tats? 🙄 #Damaged https://t.co/nLLRdBSjcA

There's literally a MULTITUDE of other characters that are far better than Joker is that I'd pay money to see and yet we're stuck w/this BS.

There shouldn't be a joker origin movie, we've gone decades without needing to know his origin. The mystery shouldn't be messed with.

Fuuuck. Offfff. Enough with the fucking origin stories. Everyone knows who the Joker is. It'll be fucking 'Maleficent' all over again.

This is an awful idea. One of the greatest aspects of the Joker is just how unknowable his past is. It makes him a force, rather than a man. https://t.co/rIvBTUR3EK

So, a new The Joker movie:

the joker spinoff film is gonna suck so hard

There are so many other BETTER DC stories to tell on the big screen. Out of all of them, WHY DOES A JOKER ORIGIN MOVIE make the cut?? C'mon!

NOOOO!!! 😭 Leto already ruined him why are yall tryna give Joker a origin film https://t.co/Iy1OhY8Jzk

WE ALREADY HAD A JOKER ORIGIN MOVIE. IT STARRED JACK NICHOLSON! pic.twitter.com/c8hShZZ5Mi

The best Joker origin story is the second one in THE DARK KNIGHT. Because it means the first one was BS. There is no explaining the Joker.

Me with everyone who's excited about the joker movie. pic.twitter.com/nqNaEzsHHi

A Joker origin movie goes against everything that makes the character interesting. This superhero largesse needs to stop