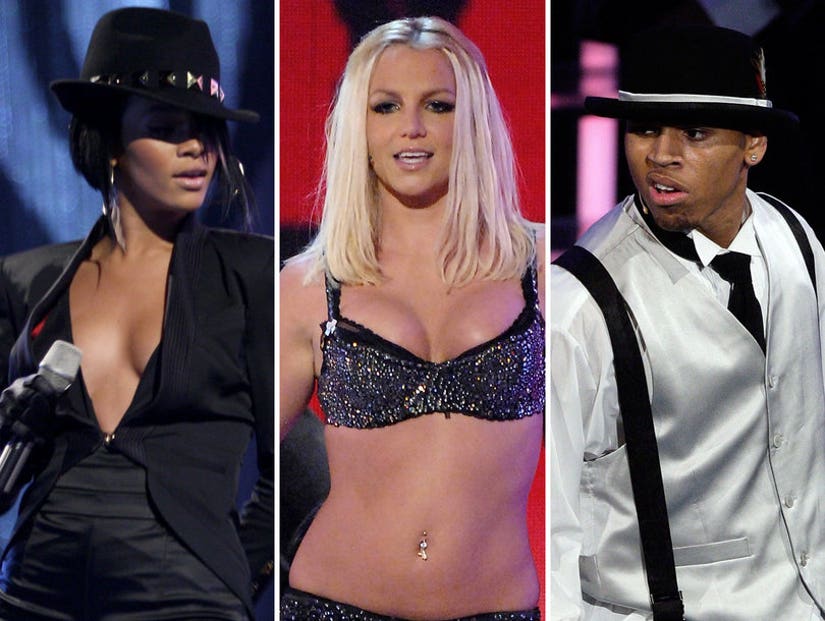 "And the Moonman goes to..." Music artists have delivered these famous lines at the MTV Video Music Awards over the years.

For the 2017 telecast, MTV made the progressive decision to rename their award a "Moonperson" as opposed to a "Moonman." Apart from this change, the awards show and its celebrity participants have evolved in many other ways over time.

In celebration of Sunday's show, let's revisit the 2007 VMAs and assess how much our pop culture world has shifted in the last 10 years.

This performance was supposed to be Britney's "comeback," after her disturbing hit-paparazzis-with-umbrellas-shaved-head period. Unfortunately, she didn't wow the crowd with her moves. People instead chose to zone in on her physical imperfections. Britney eventually recovered from the negative press, achieving the ultimate comeback with her own wildly successful show in Vegas. Take that haters!

During the summer of 2007, it was difficult to go anywhere without hearing "Crank That" on the sound system. Soulja Boy took his massive hit to the VMAs for an explosive performance. He even got Kanye West to do his signature dance. Unfortunately, Soulja Boy turned out to be a one hit wonder. But, he can always reflect fondly on his time in the VMAs spotlight.

During the peak of "The Hills" popularity, stars Lauren Conrad, Whitney Port, and Audrina Patridge appeared on the VMAs stage to present an award. Since 2007, the ladies have built successful careers in fashion and taken on marriage and motherhood. Maybe they'll play back their LA adventures for their little ones someday. 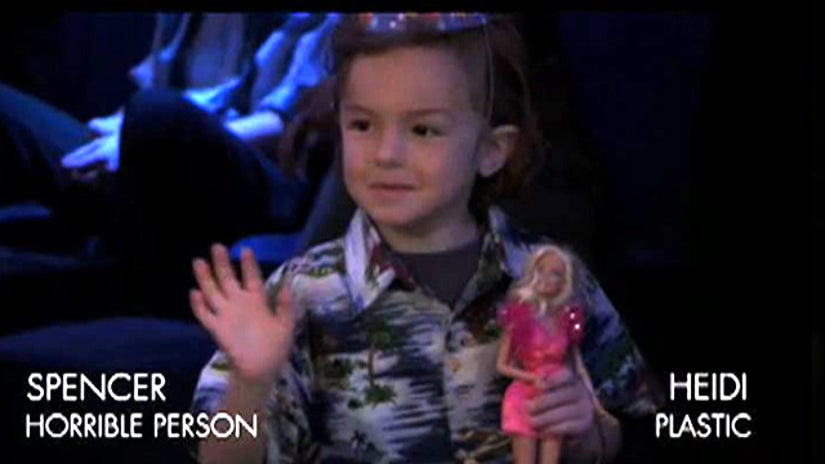 Linkin Park performed at the VMAs on multiple occasions. 2007 was extra special because they had Timbaland, the hottest producer at the time, accompany them onstage. Looking back on this performance now is bittersweet, knowing that lead singer Chester Bennington would commit suicide 10 years later. But, the music will live on forever.

Tommy Lee and Kid Rock both dated Pam Anderson. They spoke poorly about one another in the press. At the 2007 VMAs, the bad blood came to a breaking point. Rock took responsibility for throwing the first punch, citing hurtful emails Lee had sent him in the past. Pam never defended her exes. Both men went on to have several other hot girlfriends. That's rock and roll baby.

With his classic album "FutureSex/LoveSounds," Justin Timberlake took home moonmen for "Best Male Video," "Best Choreography," "Best Direction," and "Quadruple Threat of the Year." He stared at the camera and told MTV to play more music videos. He performed a dazzling medley of hits. With this broadcast, Justin officially said "bye bye bye" to his *NSync past and hello to solo super stardom.

At the 2007 VMAs, Chris Brown accompanied Rihanna onstage when she performed her hit "Umbrella," which would go on to win "Video of the Year." Their undeniable chemistry would later lead to a passionate relationship. All of the promise came crashing down when Chris Brown assaulted Rihanna in the back of a limo 2 years later, starting a dramatic saga. But for a moment in time, everything was perfect.